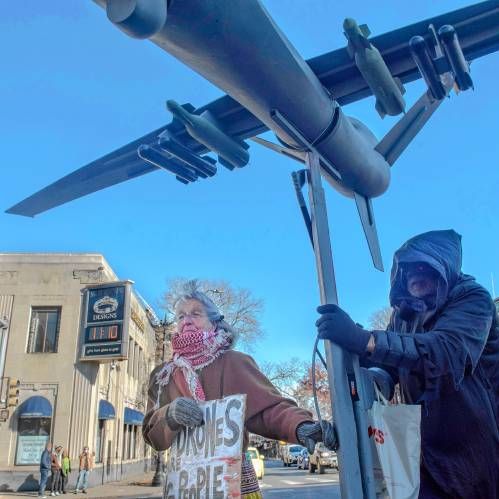 As part of the nationwide “Don’t Look Away” protest after Thanksgiving, Nick Mottern of BanKillerDrones.org carried a model reaper drone through the streets of Northhampton Massachusetts. The protest sought justice for the Ahmadi family, who were killed by the US in a Reaper drone attack in Kabul, Afghanistan on Aug. 29 during the evacuation of US residents from the nearby airport. Such drone attacks often kill innocent civilians. With Mark Dunlea for Hudson Mohawk Radio Network. (Nov. 16 interview with Kathy Kelly on drones www.mediasanctuary.org/stories/2021/kelly-drone-killings-dont-look-away-campaign/)