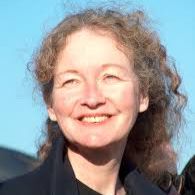 Kathy Kelly of the Ban Killer Drones campaign discusses their Don’t Look Away effort after Thanksgiving to draw attention to all of the innocent civilians killed by US drone attacks. A drone attack in Afghanistan killed ten members of the Ahmadi family, seven of whom were children, on August 29, 2021, during the evacuation from Kabul. Daniel Hale is serving four years in prison because of disclosing U.S. government documents which showed that, over one five-month operation, the drone attacks killed someone other than the “intended target” 90% of the time. With Mark Dunlea for Hudson Mohawk Radio Network.