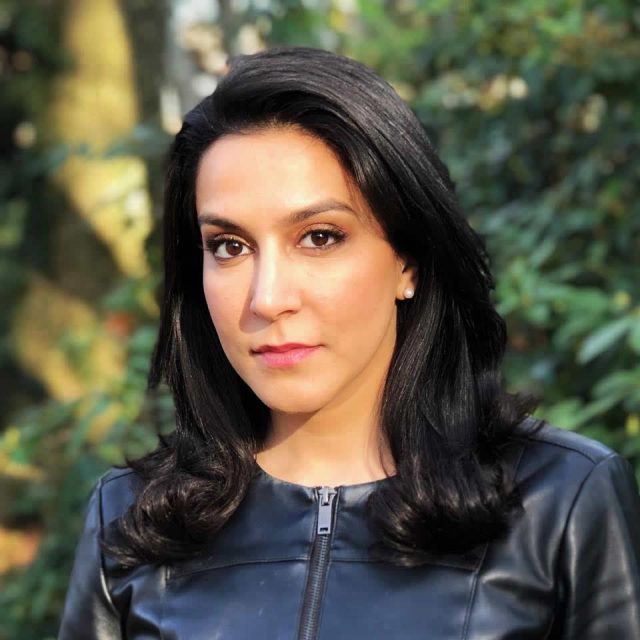 Award-winning journalist Azmat Khan will be at the Sanctuary for Independent Media in Troy this Friday, December 1 for a talk.
Khan has reported for a bunch of different outlines, including Frontline, and she’s Future of War fellow at the New America Foundation. She co-authored a cover story for the NYT Magazine this month — “The Uncounted” — that concludes the number of civilian casualties from coalition air strikes against ISIS in Iraq have been dramatically undercounted. The piece is heart-wrenching, and a remarkable example of on-the-ground reporting as Khan and Anand Gopal visited, mapped, and reported from air strike sites. A clip:

Some time later, he snapped awake. His shirt was drenched, and there was a strange taste — blood? — on his tongue. The air was thick and acrid. He looked up. He was in the bedroom, but the roof was nearly gone. He could see the night sky, the stars over Mosul. Basim reached out and found his legs pressed just inches from his face by what remained of his bed. He began to panic. He turned to his left, and there was a heap of rubble. “Mayada!” he screamed. “Mayada!” It was then that he noticed the silence. “Mayada!” he shouted. “Tuqa!” The bedroom walls were missing, leaving only the bare supports. He could see the dark outlines of treetops. He began to hear the faraway, unmistakable sound of a woman’s voice. He cried out, and the voice shouted back, “Where are you?” It was Azza, his sister-in-law, somewhere outside.

Khan’s talk at the Sanctuary for Independent Media is at 7 pm Friday. Tickets are are $10 / $5 for students and low income.