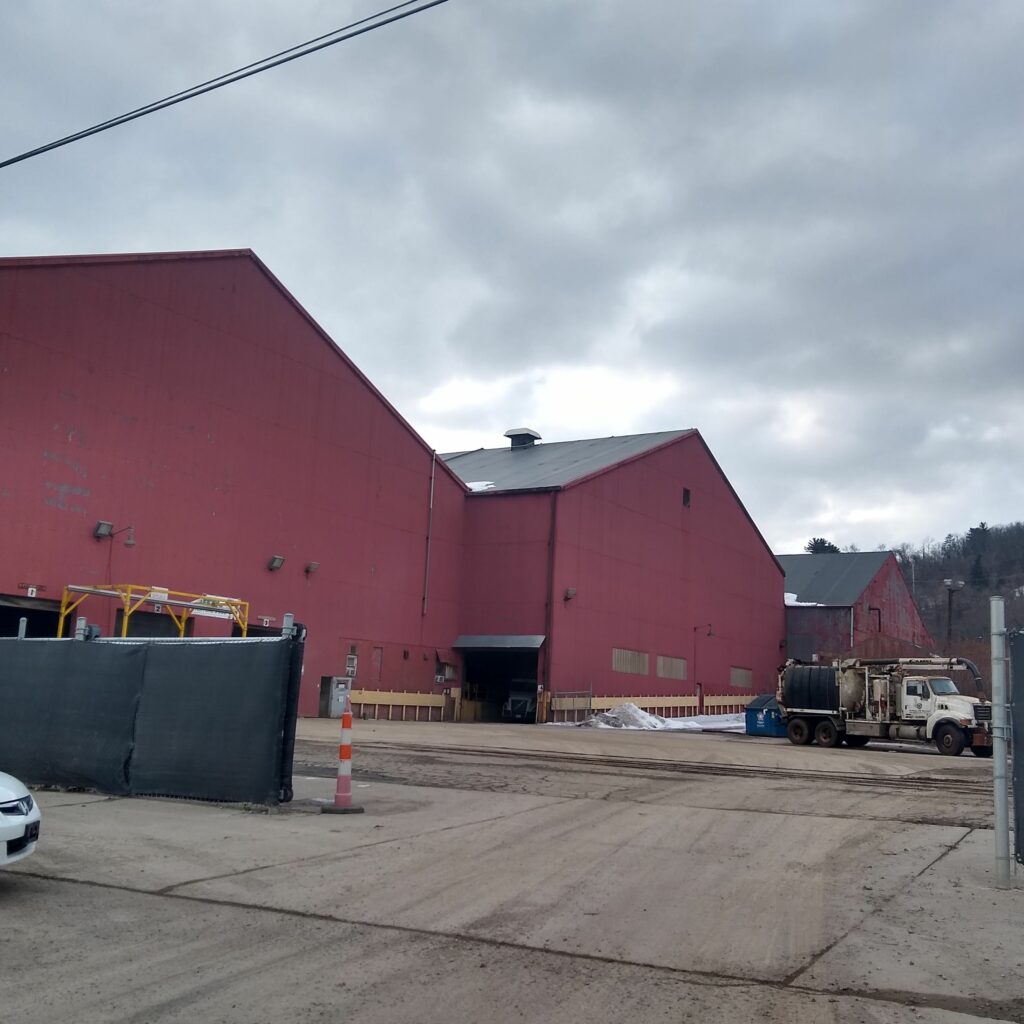 Inside a nondescript red barn in Martins Ferry, OH, is Austin Master: an oil and gas waste processing facility that takes much of the radioactive fracking waste from around the Ohio River Valley. It is located next to a high school and sits on top of the municipal aquifer.

Fracking generates large amounts of contaminated water that contains radioactive isotopes from the Earth’s crust. Yet, this radioactive waste generated by the fracking industry is largely unregulated thanks to the Bevill and Bentsen Amendments to the Resource Conservation and Recovery Act (RCRA).

Jill Hunkler is a member of Concerned Ohio River Residents, a coalition of organizations and individuals that have been campaigning to move the regional economy away from fracking infrastructure. Jill says that Ohio has become a fracking dumping ground, but the waste is not treated as hazardous, endangering the community:

“If [the fracking industry] had to process and deal with this radioactive waste the way they should be, financially it would crush the industry. It’s not possible economically for them to handle the waste and dispose of it properly and then make any profit off it, it would be so costly. And so that’s why they’ve had exemptions and been able to operate outside of the regulatory system, because they couldn’t operate if they had to handle the waste appropriately.”

The radioactive waste generated by fracking was reported on in the 2019 Rolling Stone article “America’s Radioactive Secret” by independent reporter Justin Noble. However, it has been known since at least the 1990’s that oil and gas waste is radioactive.

Just one ethane cracker – a plastic factory that turns fracked ethane gas into polyethylene plastics – requires 1,000 new fracking wells every 3-5 years. Therefore, the hazardous waste generated by fracking can be considered a waste stream of plastics, in addition to the pollution caused when plastics are eventually disposed of.

According to Jill, it’s time to ban fracking and move to industries that are truly sustainable. “Concerned Ohio River Resident’s ultimate goal is to keep it in the ground, there is no way for the oil and gas industry to operate safety.”