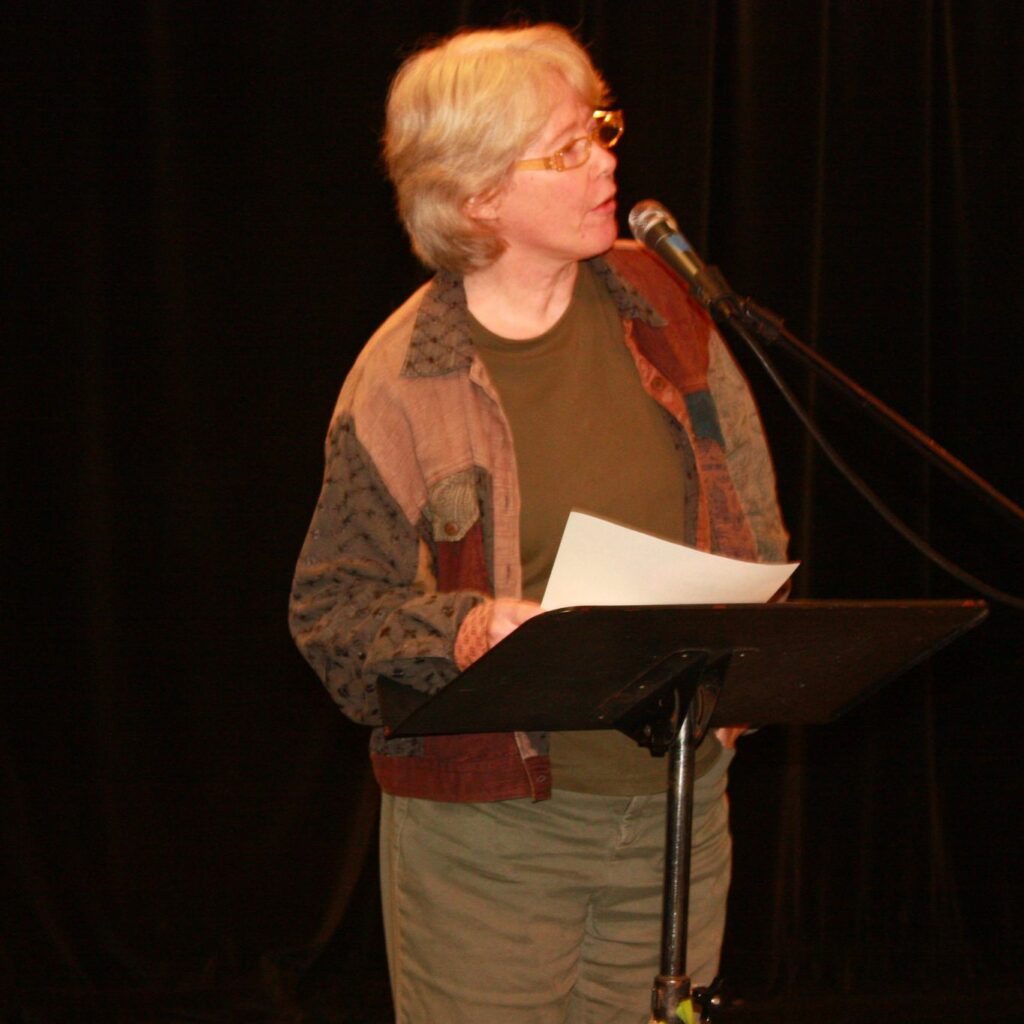 Elizabeth Gordon is a poet, artist, educator, and now an organizer and host of a monthly poetry slam series at Cafe Euphoria in Troy.

In September 2011, she came across an event listed on the Albany Poets website that looked interesting that was taking place at Valentines – a gritty rock and roll club in Albany – and she decided to check it out. What she didn’t know was that open mic and poetry slam would change her writing forever.

At that open mic, she read two poems composed from the text on the back of an aspirin bottle & Murphy’s Oil Soap. And the rest, as they say, is history.