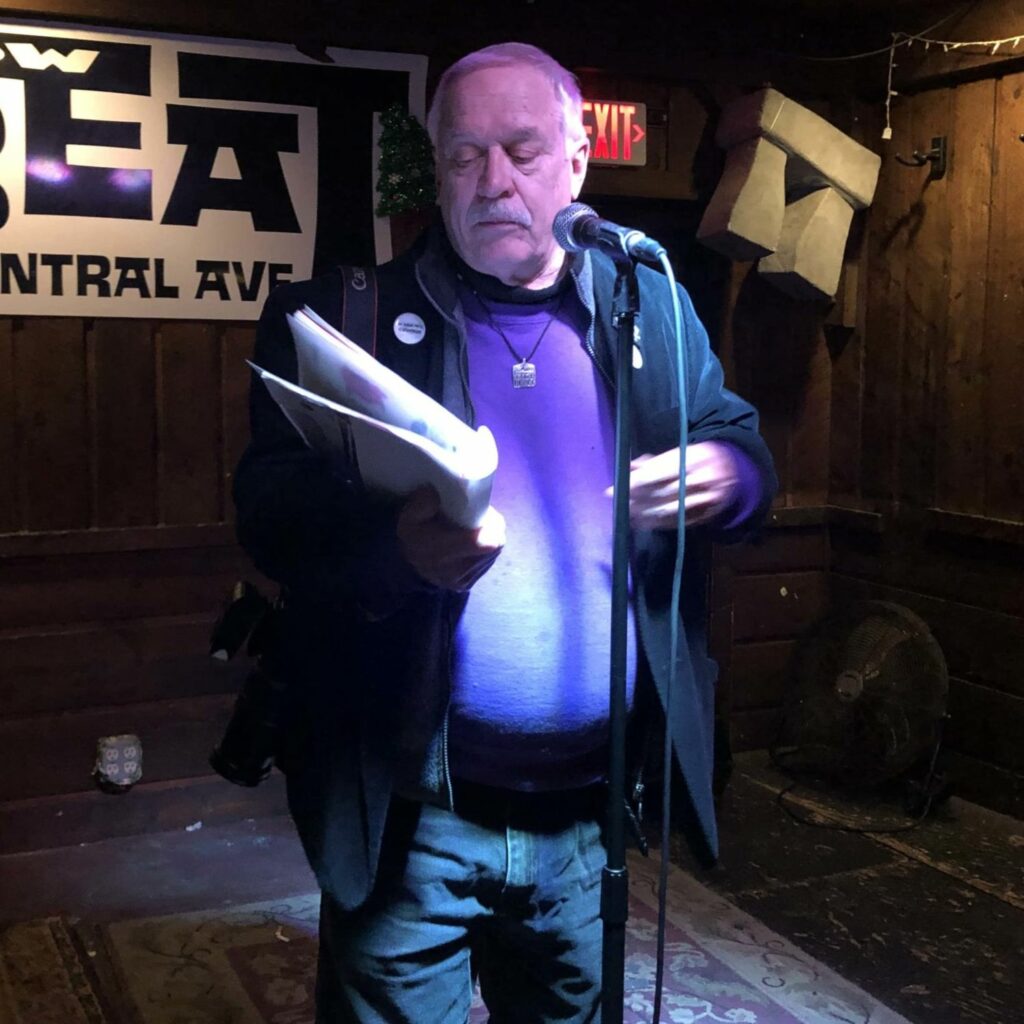 Dan Wilcox has been a major part of the local poetry community since the 1980s. He was a member of Three Guys from Albany with Charlie Rossiter and the late Tom Nattell. He is a familiar face at many literary and art events in the area, almost always with his camera in hand as he claims to have the world’s largest collection of photos of unknown poets. He currently hosts the Third Thursday Poetry Night at the Social Justice Center on Central Ave. in Albany, NY.

On October 16, 2018, Dan shared his poem “Waiting for Jacqueline Robinson” at Brass Tacks open mic at The Low Beat. Dan has a few poems about baseball – in fact, he has a chapbook, “Baseball Poems”, dedicated to the sport. I wanted to know more about the intersection of poetry and baseball and what inspired him to write that poem about his daughter maybe one day becoming the first female major league baseball player.