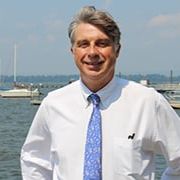 The CHPE (Champlain Hudson Power Express) project would bring Canadian Hydropower to New York City using a cable routed along the Hudson River. Richard Webster, Legal Director of Riverkeeper, will be submitting comments opposing the project over climate, jobs, and environmental concerns by Feb. 7 to the Public Service Commission which has to decide whether to approve the project despite the announced support of Governor Hochul. With Mark Dunlea for Hudson Mohawk Radio Network.