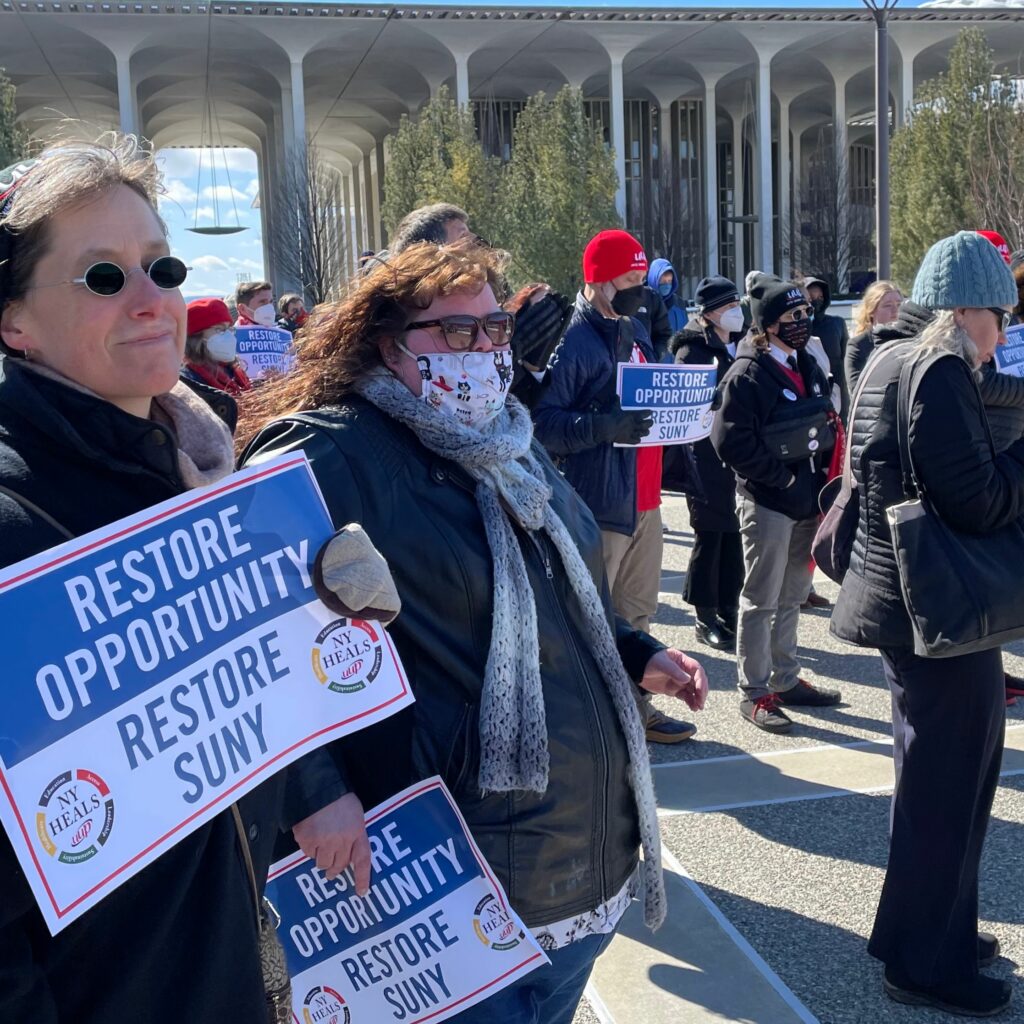 New York State has a large budget surplus for this year. As the Governor and the assembly begin work on the new budget, advocates from the State University of New York are drawing attention to the major cuts that have taken place in the last decade to the funding across the entire university system. Moses Nagel attended a rally at the University at Albany campus on March 3 calling attention to the issue.