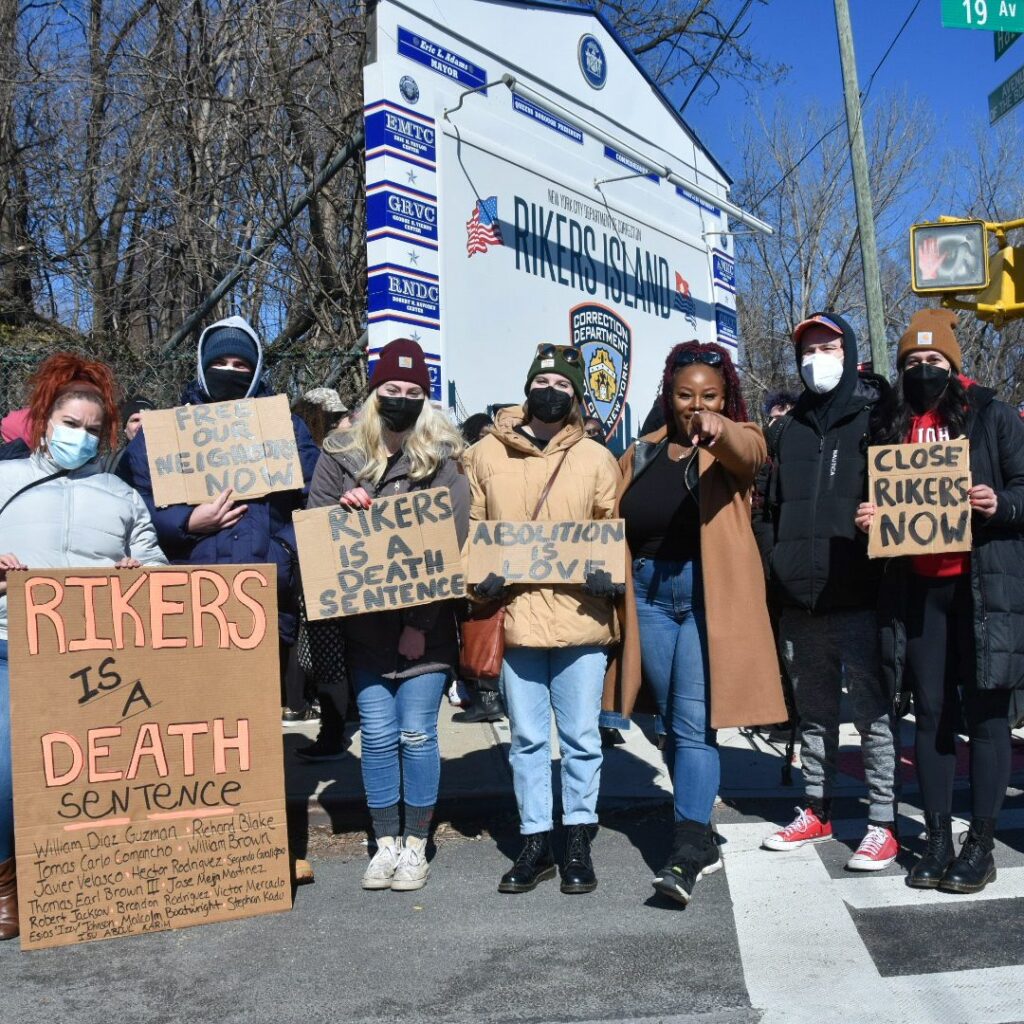 On Sunday, February 27, Tarz Youngblood was found dead in his cell on Rikers’ Island. His death is the first of the year, but 16th in the last 12 months. All the deaths are of men who are awaiting trial – no one at Rikers has been convicted of their crimes.
On Monday, the Black Attorneys of Legal Aid Caucus (BALA), Color Of Change, the Freedom Agenda of the Urban Justice Center, VOCAL-NY, elected officials, impacted New Yorkers and others held a rally outside the gates of Rikers Island calling on judges, District Attorneys, elected officials and others to immediately facilitate the decarceration of the city’s jails.