Paul Tonko on his Re-election Bid 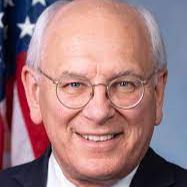 Hudson Mohawk Magazine correspondent Corinne Carey caught up with Congressman Paul Tonko to talk to him about the challenge he faces from Rostislav Rar in the August 23 primary election. Tonko addressed some of the most pressing questions facing Democrats in the upcoming election, as well as his thoughts on the relocation of Saratoga Sites residents who are living in the shadow of the Norlite incineration plant.