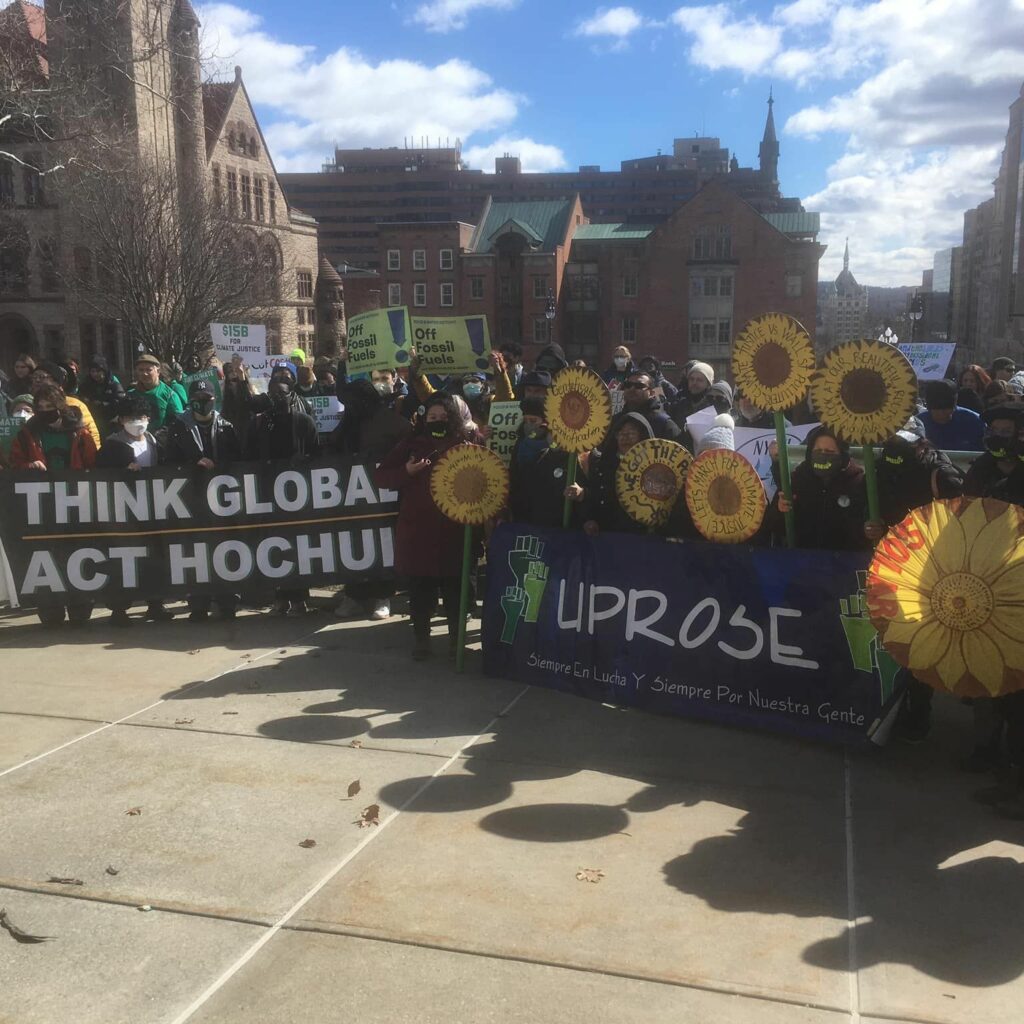 On Tuesday March 8, the NYS Renews climate coalition held at rally of 400 people at the State Capitol to demand action on climate, starting with $15 billion for climate in the state budget, especially for disadvantaged communities. In part 2 of our coverage, we hear first from 4 climate activists who risked arrest by sitting down in front of the state Street entrance to the Capitol. We then hear from Gabriel Silva of Citizen Action, followed by 3 state legislators who spoke at the rally. The four activists are Tiernen Weedin, a student from Cornel, Lucy Valez of PUSH Buffalo, Maritza Silva-Farrell of ALIGN and Stu Wallman of Rise and Resist. The three lawmakers are Senator Rachel May, Assemblymember Joann Simon and senator Robert Jackson. By Mark Dunlea for Hudson Mohawk Radio Network.