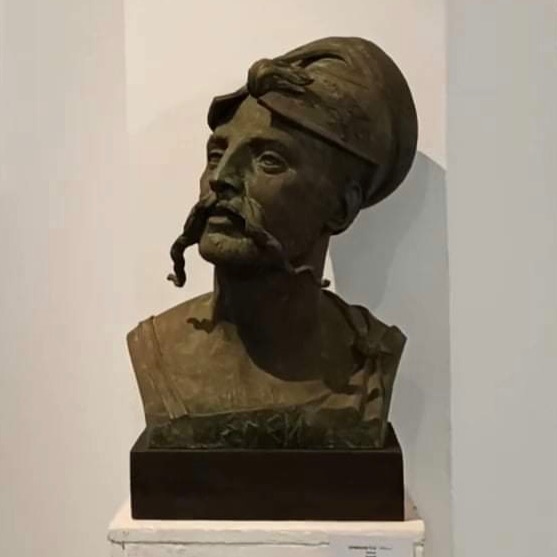 Anna Allen has family in Ukraine including a brother who is still in Kharkiv. She spoke with Sina Basila Hickey about the decisions that people are facing, why her brother has not evacuated his home, maintaining communication, and the situation on the ground.

Image: a head a shoulders sculpture of Aeneas: Trojan hero In Vergil’s Epic Aeneid. The significance of this hero for Ukrainians is that 19th century Ukrainian poet Kotlyarevsky wrote a Ukrainian translation or Ukrainian interpretation of the book that is one of the classics of Ukrainian literature (and is very funny). This sculpture is by Anna’s brother, Oleksandr Yermakov.