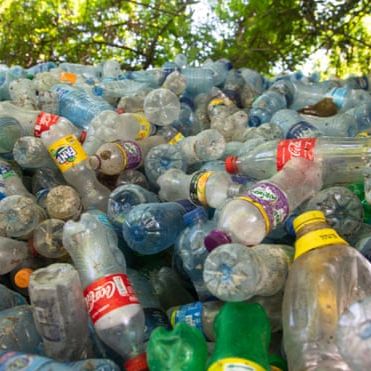 Bottle bills, aka beverage container deposits, are the gold standard for recycling plastic, aluminum, and glass single-use containers, and for reducing plastic pollution from bottles. New York has had a $0.05 container deposit law since 1982. Now, a new bill introduced by NYS Assemblymember Cahill would raise that deposit to $0.10 and expand the NYS bottle bill to include more types of containers, such as wine and kombucha bottles. (NY State Assembly Bill A8668 – nysenate.gov)

Bottle Bills have been around for 40 years – yet only 10 states have them on the books. Michigan’s $0.10 rate sees an average return of over 90% on containers with a deposit, tied with Oregon for the highest in the US. To reduce plastic pollution, policy groups like the Conservation Law Foundation say the US needs a strong federal bottle bill that prioritizes reuse and refill.

Each year, the beverage industry pumps more than 100 billion plastic bottles into the US market. Yet, the reason more states don’t have bottle bills – and also why there is no national bottle bill – is industry interference from companies like Coke, Pepsi, Unilever, and Nestle, who are both the world’s biggest beverage producers and biggest plastic polluters.

Kirstie Pecci is the director of the Zero Waste Project at Conservation Law Foundation. Kirstie is actively engaged in the adoption of Zero Waste programs, like composting and deposit return systems, waste reduction efforts, and opposing the expansion of landfill and incinerator capacity throughout New England. Previously, she was a MASSPIRG Staff Attorney. She started her legal career as an associate in Nixon Peabody’s Real Estate/Environmental Practice Group. A graduate of Tantasqua Regional High School, Harvard University, and Boston College Law School, she lives with her family in Sturbridge, Massachusetts.