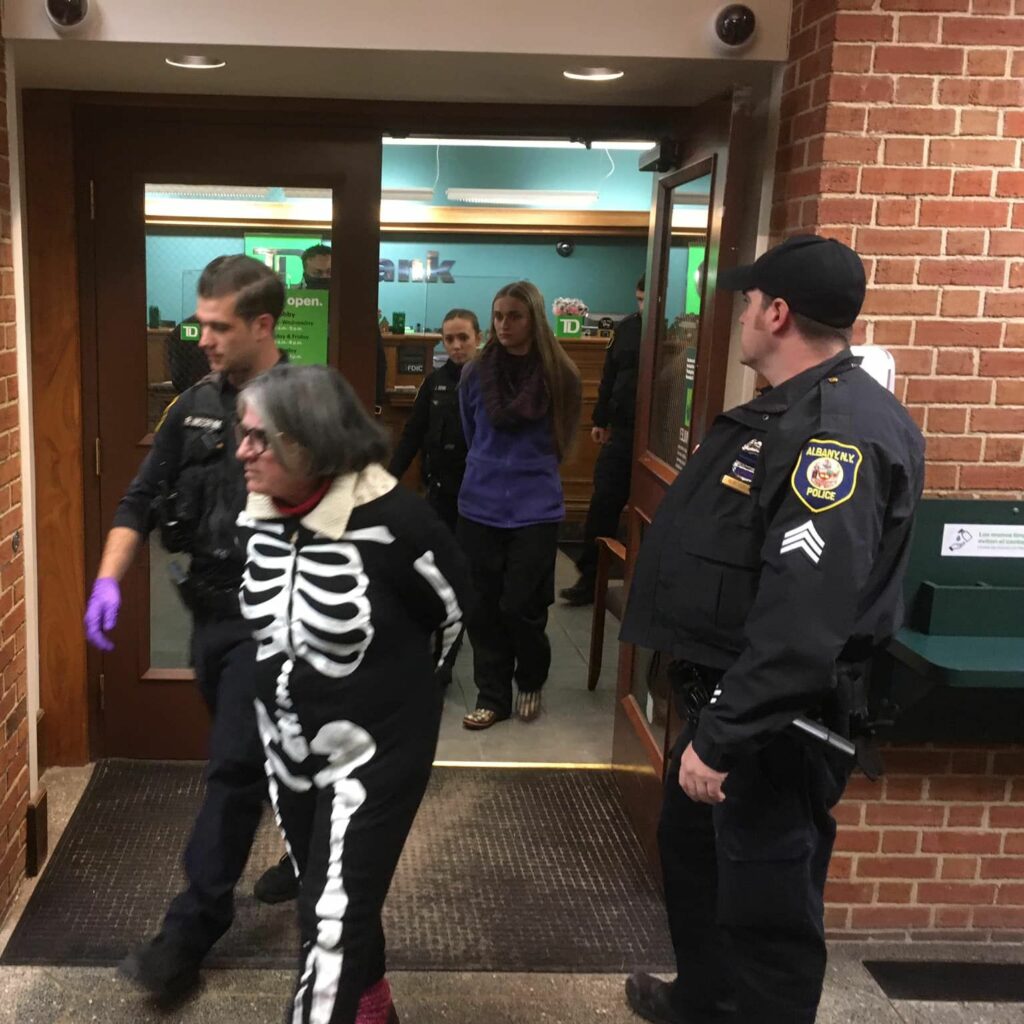 Extinction Rebellion of the Capital District occupied the offices of TD Bank in Albany on Friday to protest their role in financing the continued use of fossil fuels. GreenFaith and dozens of other faith and climate groups organized a demonstration at the bank several weeks ago as part of a nationwide campaign to get banks and other financial institutions to say no to fossil fuels. 5 people were arrested, including three we hear from: Elliot Adams, Linda LeTendre, and Dancing Leaf. We also hear from Pete Looker and Matt Oill. By Mark Dunlea for Hudson Mohawk Magazine.