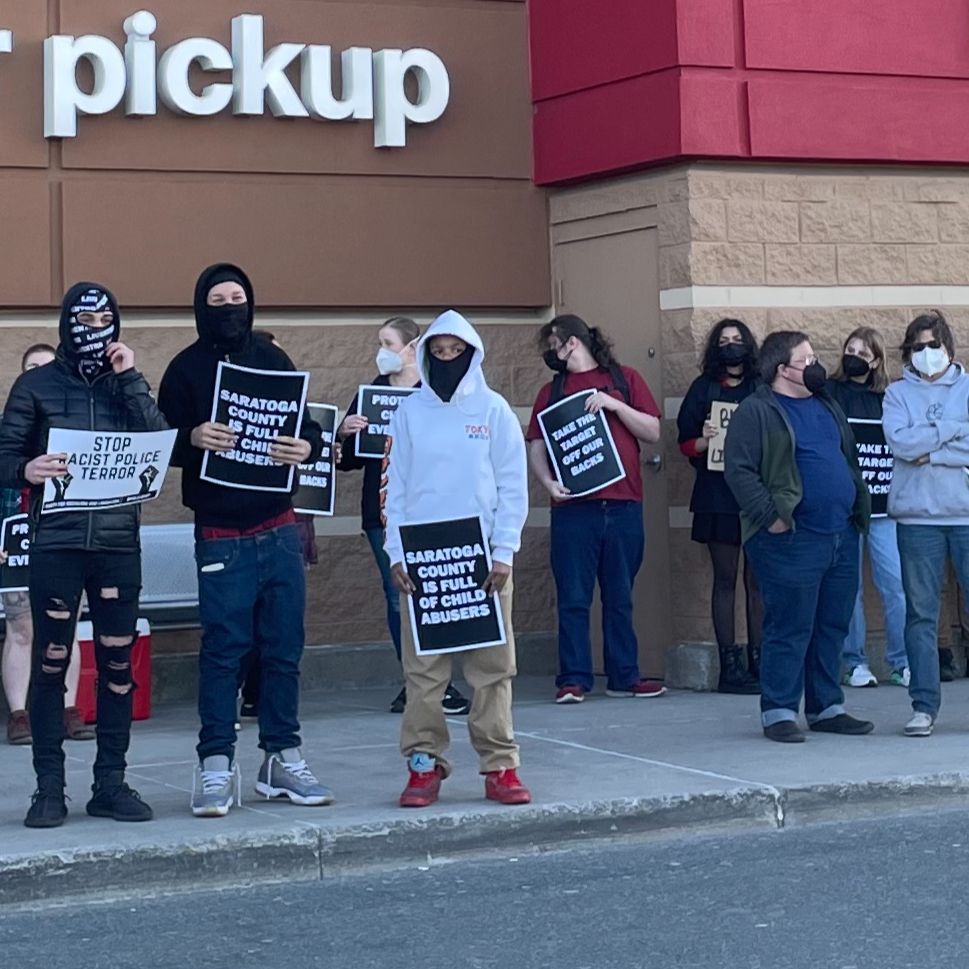 An autistic teenager was tackled in Target by a Saratoga County sheriff’s deputy and his sister was detained and the community is outraged. At a protest outside of the Clifton Park Target, people gathered to voice their disgust with what happened to these children in the store and make demands moving forward. Hudson Mohawk Magazine producer Elizabeth Press was at the protest and filed this piece. It starts off with Miki Foster from the Black Liberation Coalition.