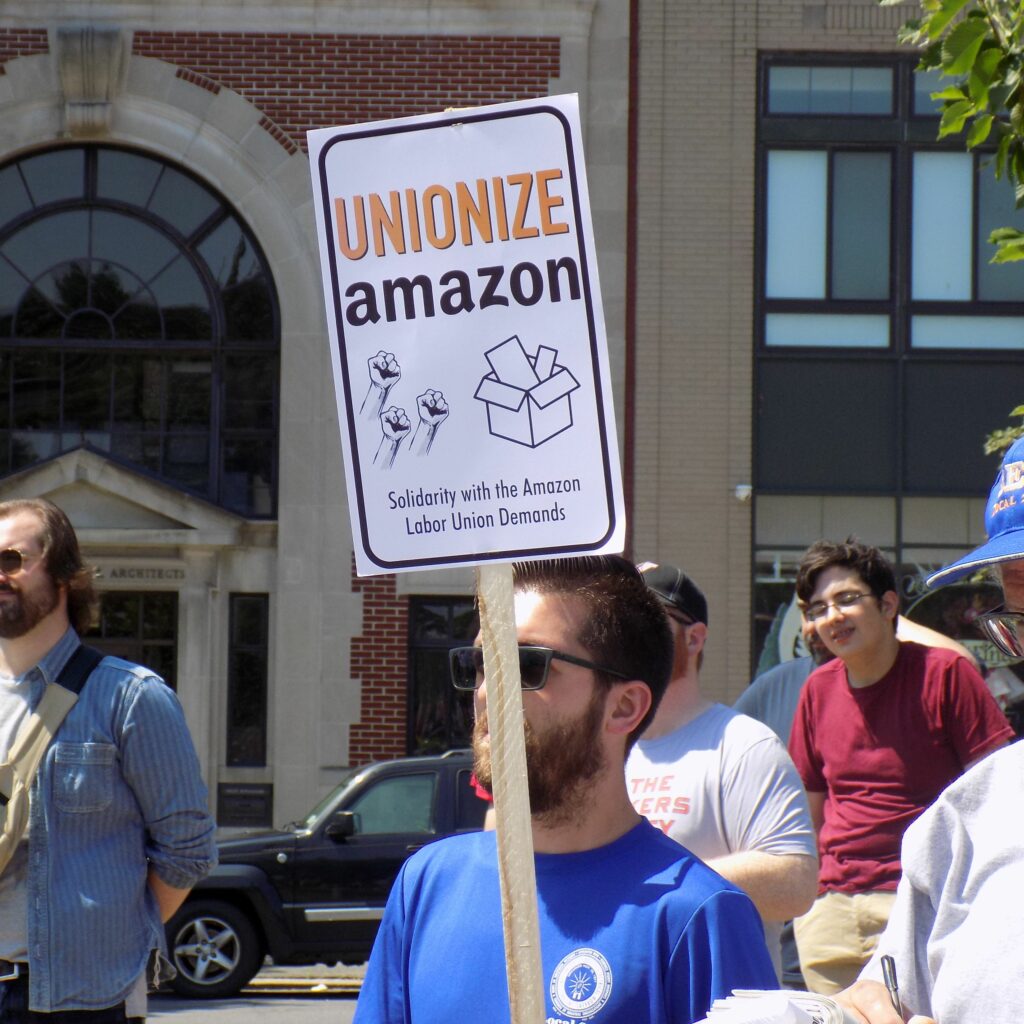 On Sunday, July 17, 2022, Hudson Mohawk Magazine Roaming Labor Correspondent Willie Terry attended a rally by the Amazon ALB1 Schodack Workers at Townsend Park in Albany. The rally was to celebrate the start of their campaign to form an Amazon Labor Union (ALU). In this labor talk segment Willie interview Jason Anthony a Staten Island Amazon Warehouse Worker and member of the Amazon Labor Union in New York City. Jason was at the rally supporting the Amazon ALB1 worker’s rights to form a union.