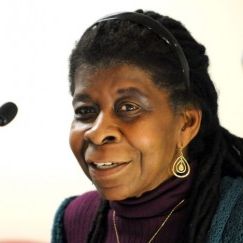 The long-delayed City of Albany report has concluded that city police officers violated policy when they covered their badges while physically removing protesters last April from an encampment the demonstrators built in the street next to South Station. Dr. Alice Green of the Center for Law and Justice discusses the report and reports an update on the police shooting of Jordan Young. With Mark Dunlea for Hudson Mohawk Radio Network.