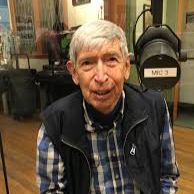 Nearly 2 decades after they were first imprisoned by the US afer 9/11, 40 men still remain in custody at Guantanamo Bay. Many have not been charged and others were cleared for release almost a decade ago. We discuss with Paul Rehm ([email protected]) of Upper Hudson Peace Action and Witness Against Torture the effort to convince Joe Biden to finally deliver on the pledge that both he and President Obama made to close down the prison. With Mark Dunlea for Hudson Mohawk Radio Network.