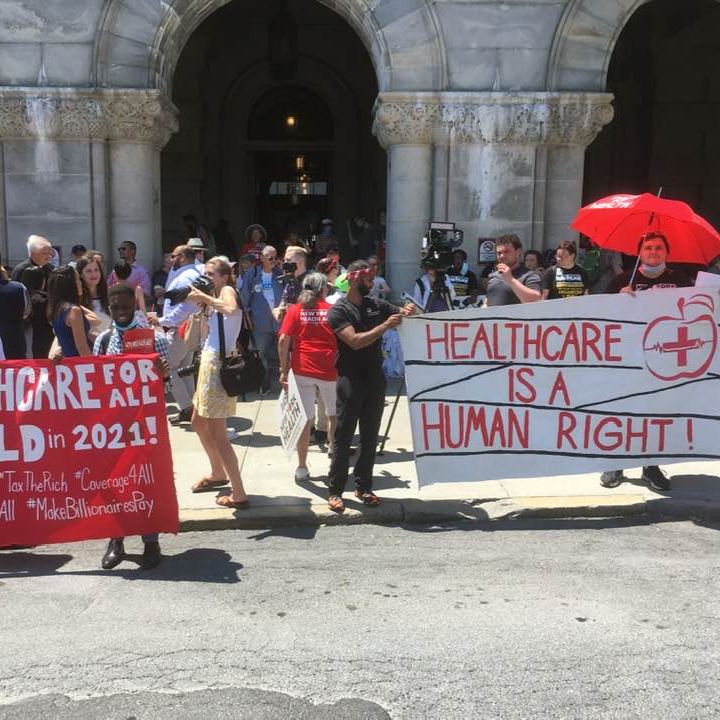 Since 1992 health care advocates in NYS have been pushing for a single payer universal health care system. Even though the State Senate now has a majority of members sponsoring the bill, the Democrat’s Majority Leader won’t allow it for a vote. Hundreds came to Albany on June 7 in a last ditch effort to force a vote. We hear from Charley Bowman of Buffalo; Cheryl Snyder of Ulster County; Earl Kimmick of Grassroots Action NY; Sandy Przybylak of the Erie County Green Party; Rev. Joe Paperone of the Poor People’s Campaign; Rev. Joseph Seals; and lead sponsor, Assembly Richard Gottfried. By Mark Dunlea for Hudson Mohawk Radio Network.