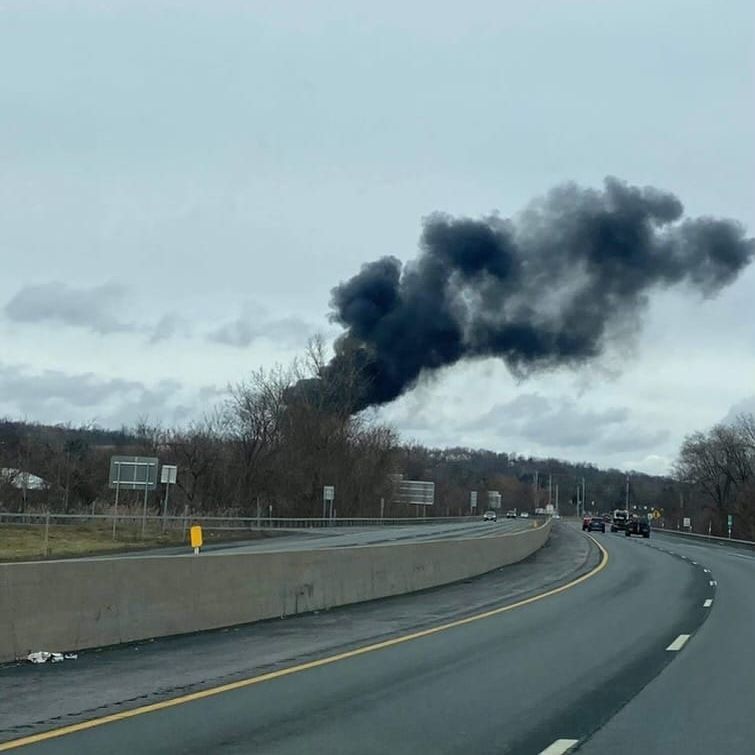 A fire broke out at the Norlite hazardous waste incinerator in Cohoes on Monday. This is the second fire at the facility since February of 2020. A plume of black smoke could be seen from I-787.

WAMC spoke with Fire Chief Joseph Fahd and reported the fire started when a pipe with low-grade fuel oil broke. The fuel then caught ablaze when it spread to hot rocks.

Hours after the fire had been contained, a heavy, noxious chemical smell, described as like a dry-erase marker or paint, lingered in the air at Saratoga Sites. Saratoga Sites is a public housing facility located directly next to Norlite. Hudson Mohawk Magazine’s Alexis Goldsmith took this comment from Jennifer, a resident. Joe Ritchie, president of Saratoga Sites Against Norlite Emissions, and Dave Publow were there as well.

Cohoes Mayor Bill Keeler arrived at Saratoga Sites to witness the smell. The mayor’s office is in close communication with the Department of Environmental Conservation (DEC) and Norlite, and will have more information on the spill and resulting fire in the coming days.

Norlite’s state permits expired Dec. 31, 2020. The DEC allows them to continue operating with expired permits through administrative extension while the facility undergoes the permit renewal process.