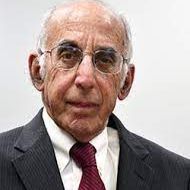 Every ten years following the U.S. Census, states must redraw lines that divide communities into legislative districts. New lines are drawn to ensure that each voter in a shifting population has equal representation in congressional, state Senate and state Assembly districts. Because the stakes are so high, the process is fraught with political influence. In 2014, New York voters approved a constitutional amendment establishing an independent redistricting commission that is set to take over the redistricting process beginning this year. In the first of a multi-part series on New York’s redistricting process, HMM correspondent Corinne Carey spoke with Richard Rifkin, former Legal Director at the Government Law Center at Albany Law School and current member of the Albany County League of Women Voters, and the county’s delegate on redistricting to the League of Women Voters of New York State (LWVNYS). Richard and Corinne talked about the basics of redistricting, the origin of the term “gerrymandering,” and fairness in the process. LWVNYS is holding a People’s Hearing on New York State Redistricting on Thursday, April 29th from 6:30 pm -8:00 pm. Listeners can find out more about the Hearing by visiting the Facebook page for the League of Women Voters of NYS.