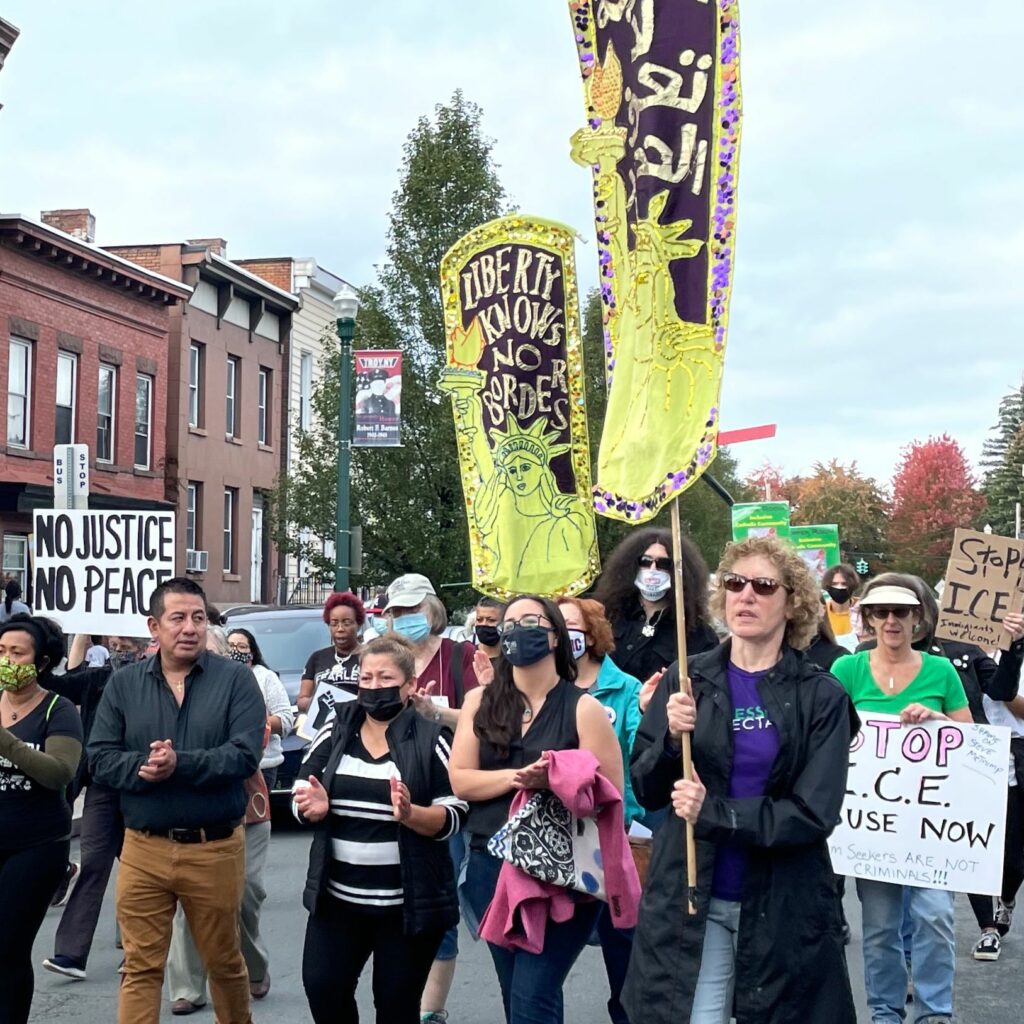 On Friday, October 15 advocates from the Troy Sanctuary Campaign, ICE-FREE Capital District, the Columbia County Sanctuary Movement, Troy for Black Lives, Justice for Migrant Families of Western New York, and a number of other community organizations marched to the Rensselaer County Jail to demand the immediate release of all immigrants from ICE custody because of the harm they face inside the jail. The protest was motivated by the story of a woman identified as “Ms. Q.” Elizabeth Press produced this segment for the show

The rally was emceed by Dalila Yeend of the Columbia County Sanctuary Movement, who was also formally detained by ICE.