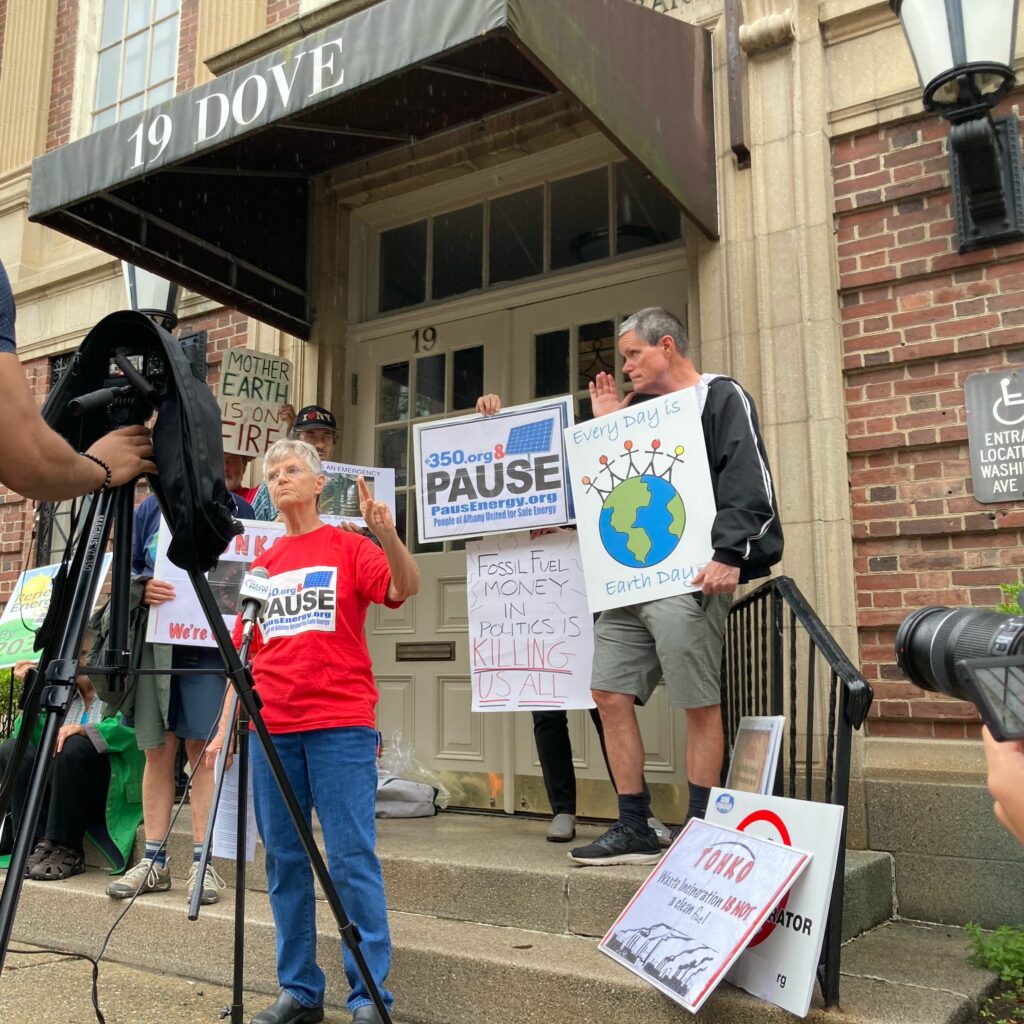 On Monday morning, Rep. Paul Tonko held a press conference discussing the federal Child Tax Credit. The organization PAUSE occupied outside of Tonko’s office to press him on his environmental standing on his Clean Future Act which environmental groups say doesn’t do enough. HMM’s Luke Weber and Dave Pueblo were there to cover this event.