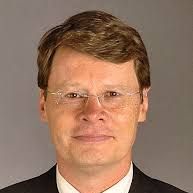 On Tuesday, the NYS Attorney General released a report that found that Governor Cuomo has committed repeated acts of sexual harassment, which has lead to widespread calls for his resignation or impeachment. Blair Horner of NYPIRG analyzes the situation, including the separate issue re the Governor apparently using staff to write a book for which he received a $5 million payment. With Mark Dunlea for Hudson Mohawk Radio Network.