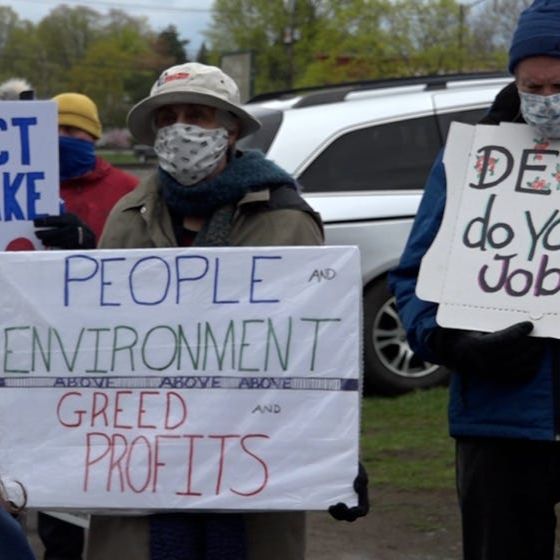 On. Oct. 13, climate activists and state lawmakers held a news conference urging the state DEC (Department of Environmental Conservation) to reject a permit renewal for Greenidge which is power a bitcoin computer mining operation out near Seneca Lake. The permit is a test case for the increasing efforts by such companies to buy up old fossil fuel plants to use them to power their computers – and emit enormous amounts of greenhouse gas. We hear from Assemblymember Anna Kelles, lead sponsor on a state moratorium bill; Roger Downes of Sierra Club; Assemblymember Steve Otis; and Liz Moran of Earth Justice.