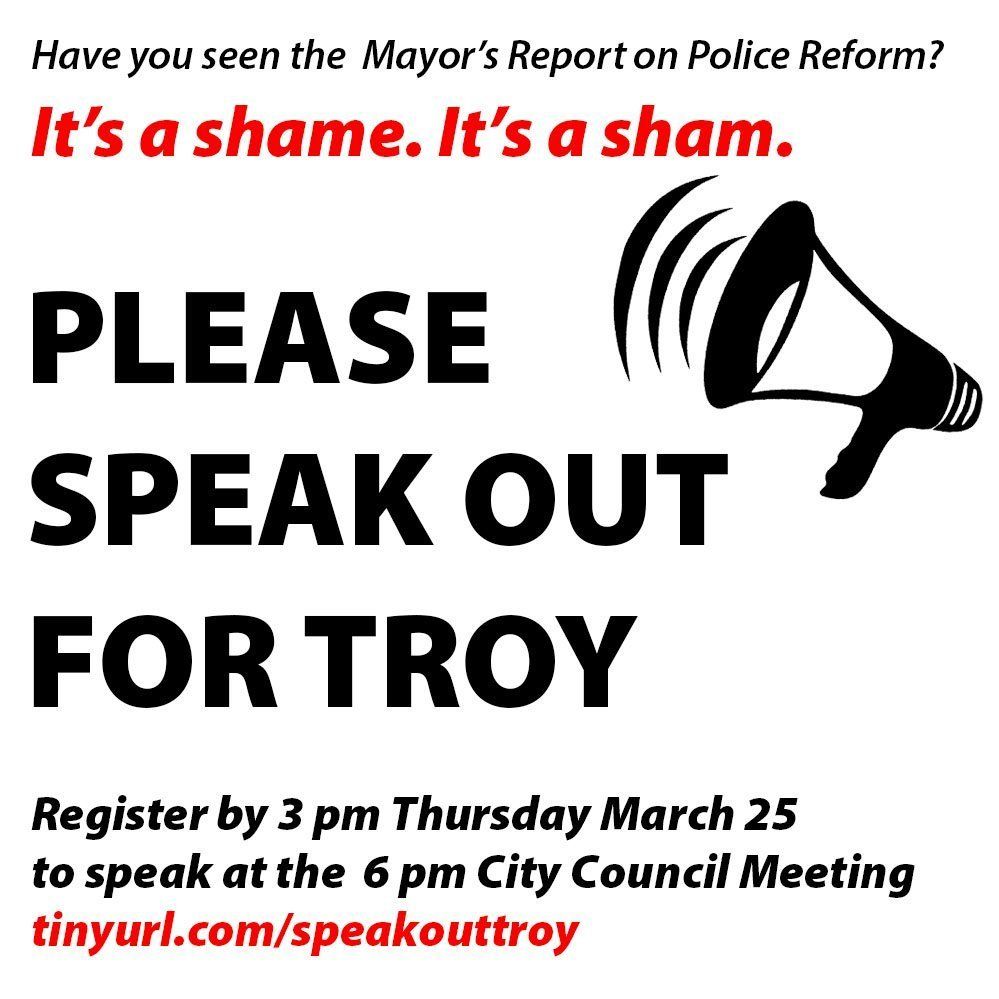 April 1, 2021 is the deadline for municipalities to turn in their police reform plans to the State of New York and several cities are scrambling to get those in. On Thursday March 25, 2021 after hearing emotional appeals to reject the city’s police reform report, the Troy City Council unanimously voted to move it forward with amendments. WOOC producer Elizabeth Press spoke with Angela Beallor, a member of the Reimagine Troy Community Justice Services Working Group, about the police reform process and community involvement here in Troy.