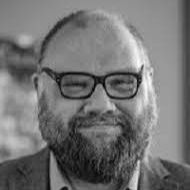 Several weeks ago AG Tish James announced a major crackdown on guns and weapons with the arrest of 50 Capital District residents. This week Governor Cuomo issued an Executive Order targeting gun violence. Critics however worry that such actions often primarily result in prison terms for young people of color rather than solving the problem. David King, Deputy Director of the Center for Law and Justice, talks with Mark Dunlea of Hudson Mohawk Radio Network.