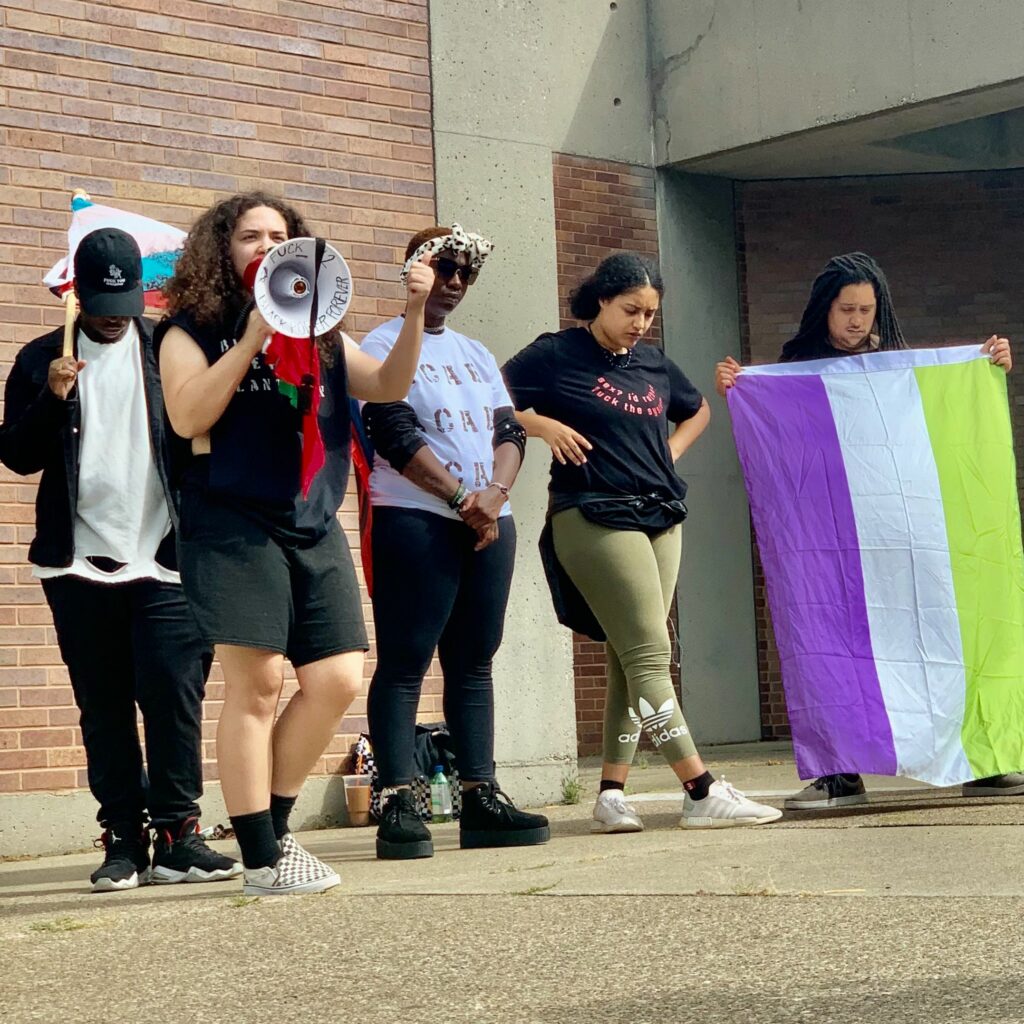 After police targeting, arrest, and continued harassment of Black, Trans, activists Kasey Charles (He, Him, His) and Mikayla Foster (They, Them, Theirs) organizers in the Black Abolitionist Directive turned themselves in to the Schenectady Police on Thursday September 23, 2021. Shortly after they held a press release and speak out just outside the entrance to the police department. Produced by Jody Cowan for Hudson Mohawk Magazine.