Baxtron Brings Her Fight for Black Lives to Albany 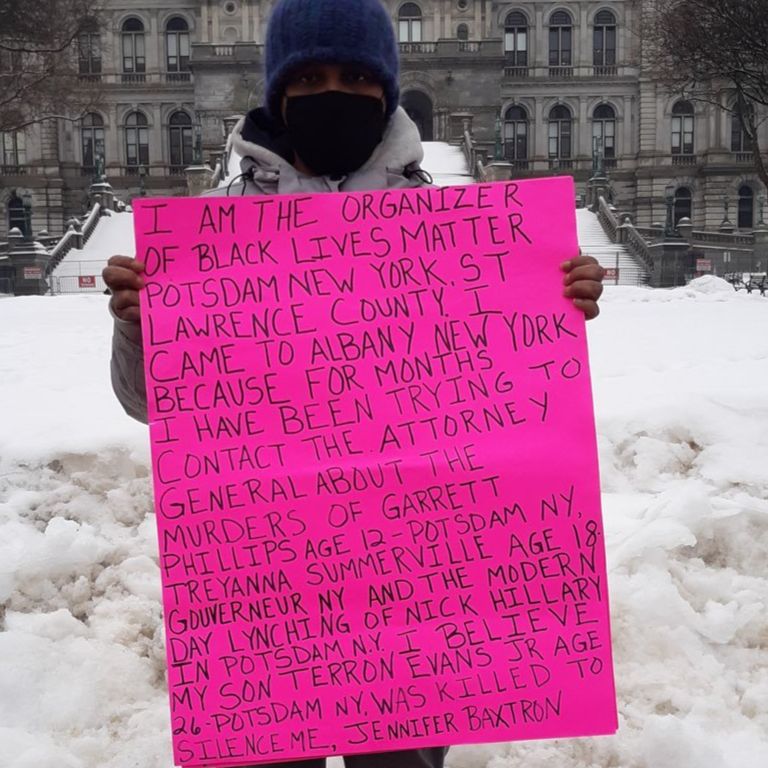 An activist from the North Country brings her fight for justice for Black Lives to Albany. Jennifer Baxtron is a well known Black Lives Matter activist in Potsdam, NY. On a recent trip to Albany, she held a multi-day, solo protest to shed light on her fight for justice in Potsdam and called for the New York State Attorney General to intervene – specifically around her son Terron Evans Jr’s death. She spoke with Hudson Mohawk Magazine producer Elizabeth Press.