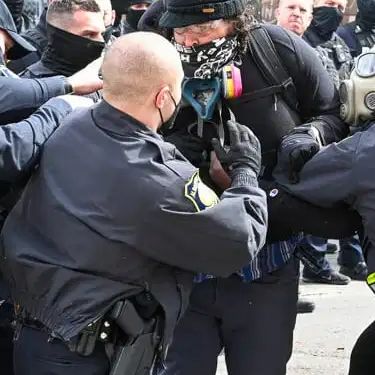 After news broke about Albany and state police forcefully dismantling the tent occupation protest outside of the city’s South Station yesterday, APD Chief Eric Hawkins did a press conference defending his department’s move on Facebook. Simultaneously, spokespeople for the protesters outlined what was happening and the issues at play. Jamaica Miles and others both reported from the site, and spoke to the protesters who stayed on into the night to make their points as police continued to force them back. HMM checked in with Caroline Nagy of the New York Civil Liberties Union about what this all means from a wider perspective.