Albany Rally in Solidarity with Cuba 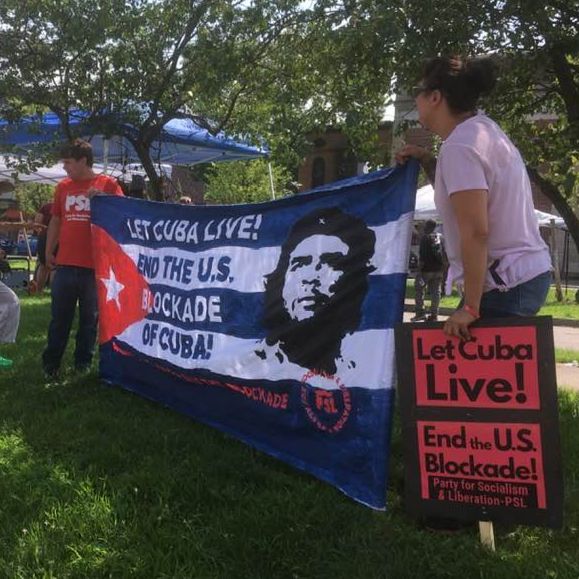 On Sunday, July 26, various socialist, peace and, green groups held a rally at Townsend Park in Albany in support of the Cuban revolution. The groups called for an end to U.S. economic blockade that has lasted for more than half of a century, leading to a lack of basic items in Cuba including food and hampering the response to COVID. Speakers criticized the US mainstream media for heavily promoting some recent protests in Cuba against the scarcity as a major protest against the Cuban government. We hear from John Kestler of Bethlehem Neighbors for Peace and Mabel Leon of Schenectady. By Mark Dunlea for Hudson Mohawk Radio Network.

May 25, 2022 update on the Biden administration’s Cuba policy changes: crsreports.congress.gov/product/pdf/IN/IN11937