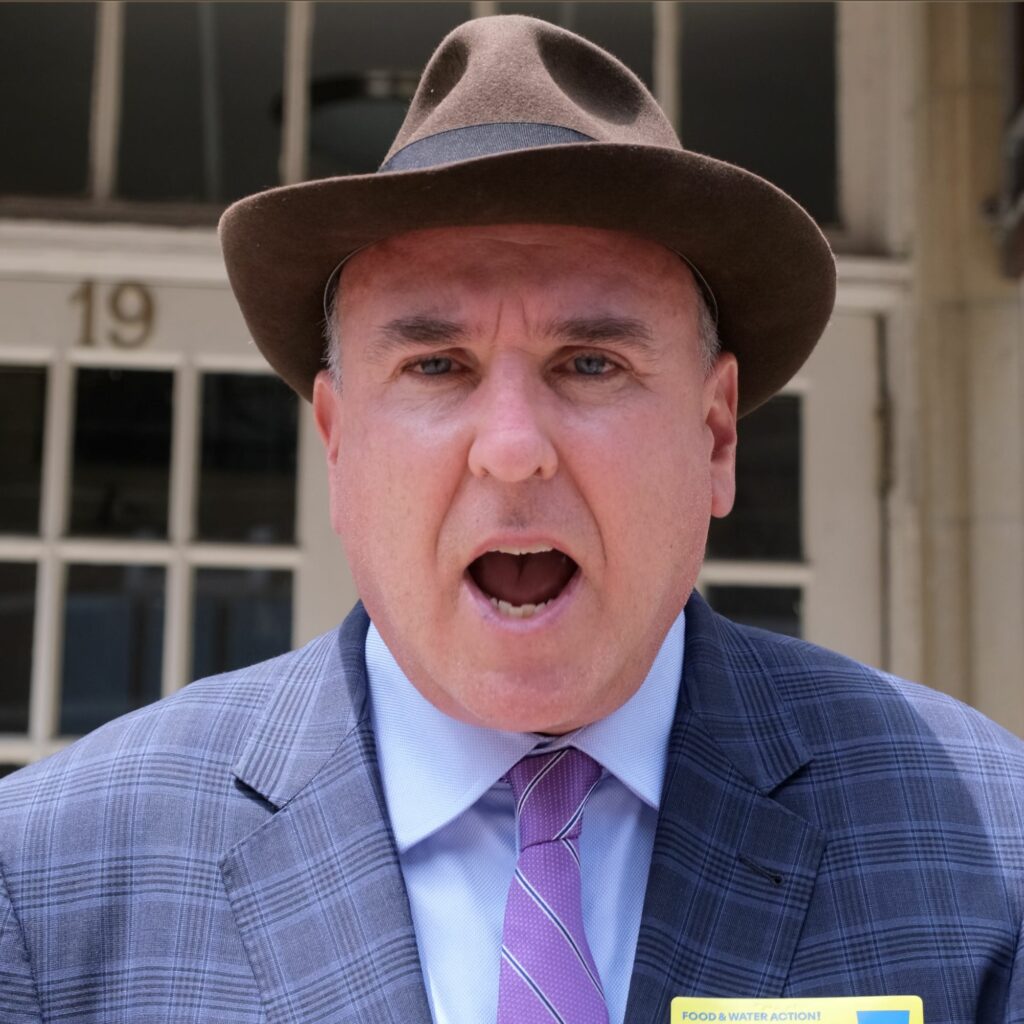 Activists gathered at the Albany office of Representative Paul Tonko on Tuesday, June 1, to condemn Tonko’s co-sponsorship of the Clean Future Act. If passed as currently configured, the act would continue to support fossil fuel production and use, as well as promote waste incineration, despite incineration’s emissions of dioxins and other hazardous chemicals. HMM Correspondent Dave Publow interviewed Sandy Steubing of People of Albany United for Safe Energy (PAUSE) and Eric Weltman of Food and Water Watch.