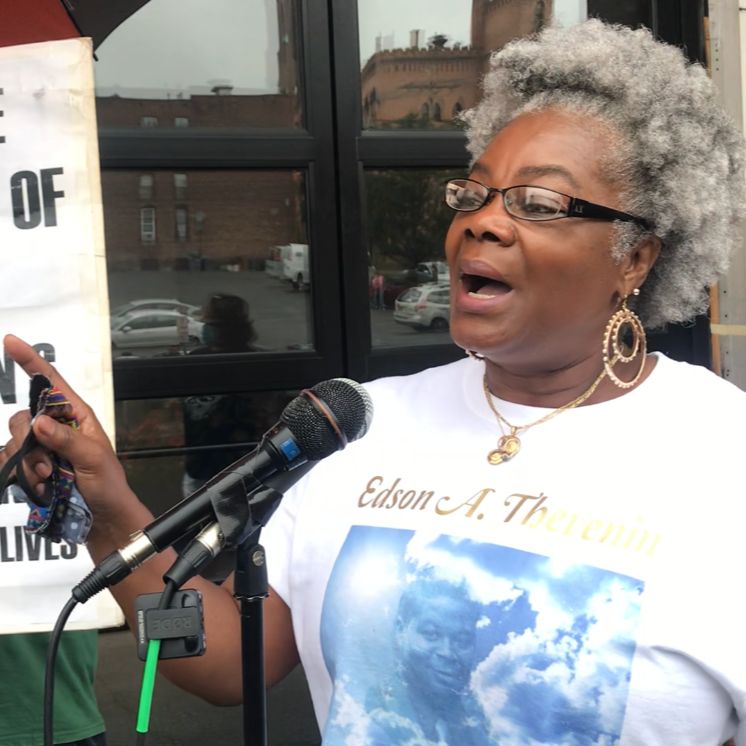 The City of Troy couldn’t just approve the $1.55 million settlement for the family of Edson Thevenin, who was killed five years ago by sergeant Randall French, but they had to attach a memo to the settlement that still argues their narrative. Activists joined Edson Thevenin’s mother, Gertha DePas on Thursday evening to speak out and push back on the language in the memo. Troy City Council’s Finance Committee unanimously approved the settlement without addressing the language in the memo.
“Put it in the memo” was the call from a resident, but it wasn’t. Since the vote passed in the finance meeting, it will now move to the regular meeting on September 9. Troy 4 Black Lives will be airing a clip of their animation called “They’re Getting Away with Murder” on Saturday, August 21st on WMHT. The film tells the story of Edson Thevenin’s death at the hands of Troy police, the subsequent cover up by Troy officials, and T4BL’s movement and vision for Black Life in Troy.