WHEN HERITAGE=HATE: (Jeffery Robinson, ACLU) The Truth About the Confederacy in America (Part 2) 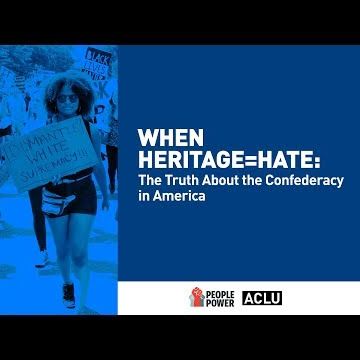 The Hudson Mohawk Magazine Network Roaming Labor Correspondent, Willie Terry, plays a recording of a lecture given by Jeffery Robinson, Deputy Legal Director of the American Civil Liberty Union (ACLU), on August 24, 2017. In his talk, Mr. Robinson discusses the Confederate symbol’s dark history and outlines what we can do to learn from our past and combat systemic racism. In light of today’s controversy over Confederate symbols and statutes, and relevant in the current debate. Part two.