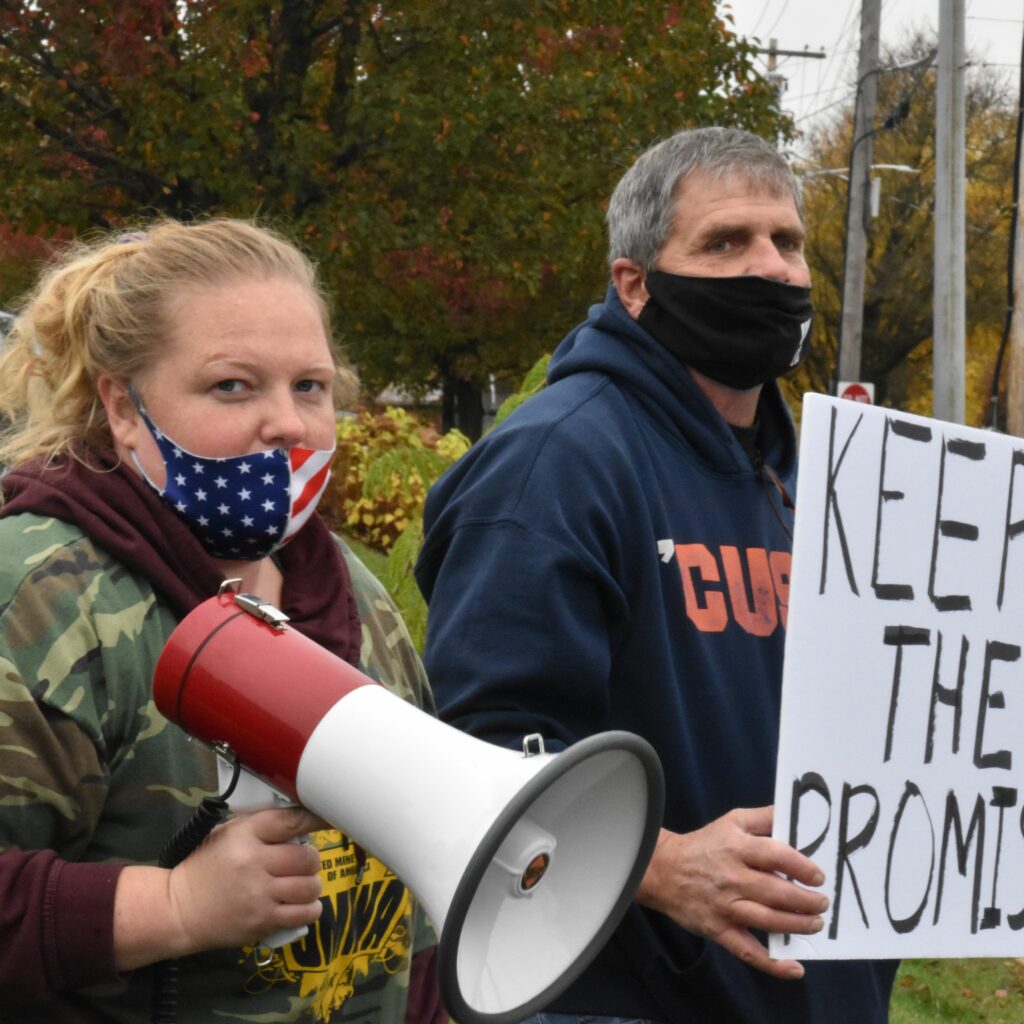 United Mine Workers of America (UMWA) local 717 union member and Remington Arms worker Jacquie Sweeney talks to WOOC’s Brendan Maslauskas Dunn outside of Remington Arms on October 30, 2020 in Ilion, NY. Sweeney, along with nearly 600 union members, were shocked to learn they were all terminated from Remington, the oldest gun manufacturer in the nation. The company filed for bankruptcy over the summer and was sold in October. The union however is fighting back.