Part I – The Folks of Barker Park 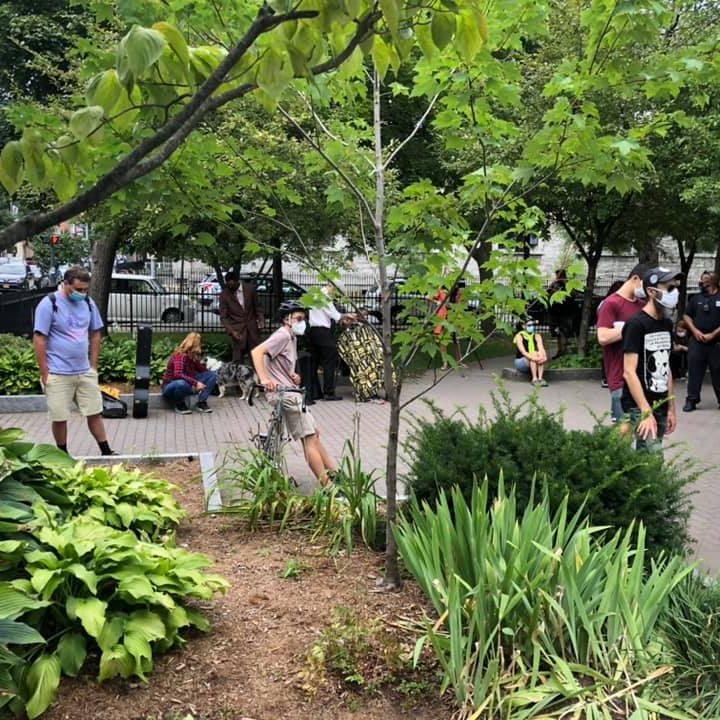 HMM correspondent Kristoph DiMara collects and shares stories and impressions of the past, present, and future of Downtown Troy’s Barker Park through the voices of those who regularly spend their time there as well as those who have entered for the first time.

Join the Coalition for Barker Park on Friday, August 28th from 4pm on for a People’s Troy Night Out with music, food, support organizations, and community members like you.

4) Create non-punitive overdose response measures — respond to overdoses and drug use with rehabilitation and mental health experts, not police presence.

5) Recognize substance abuse and homelessness (sleeping on/occupying public property after dusk) as products of societal and governmental failures, not criminal offenses, and respond to them as such.

6) Defund Troy Police Department; reallocate funds from TPD to the harm reduction infrastructures listed above and to the maintenance of Troy’s Public Parks.”

A Statement from Matthew Toporowski:

Kenneth Zeoli went down to Troy Police Department to figure out why the police were preventing the Coalition from trying to help people in a public space. The desk sergeant told Kenneth “Fuck your 1st Amendment Rights” and denigrated the Coalition’s work as a “little art project”. When Kenneth asked for a complaint form, the same sergeant ignored Kenneth and refused to hand him a public form.

Then, when other citizens came in to speak with police, the desk sergeant claimed Kenneth was all of the sudden trespassing in a public building. Kenneth was pulled into the station, pushed down a flight of stairs, denied medical treatment and his right to speak with his attorney who was outside the station and left in an isolation cell for hours where he suffered a seizure. He was released after his arraignment with blood on his shirt.

Instead of simply handing Kenneth a form, Troy Police Department ultimately called in SWAT in an armored vehicle to confront protesters outside. When people call for defunding the police, this is a clear example of why. Instead of spending thousands on SWAT overtime and millions on a tank for a local police department, those funds could be used to support initiatives like The Coalition for Barker Park and the people who need help in that public park.

Acts of aggression come in many forms. The refusal to acknowledge a concerned citizen and hand them a public form – particularly when it’s part of your job – is one of them.

We will be calling for the dismissal of these charges, and we will seek accountability from the Troy Police Department for their unlawful actions in a forthcoming civil rights lawsuit.”