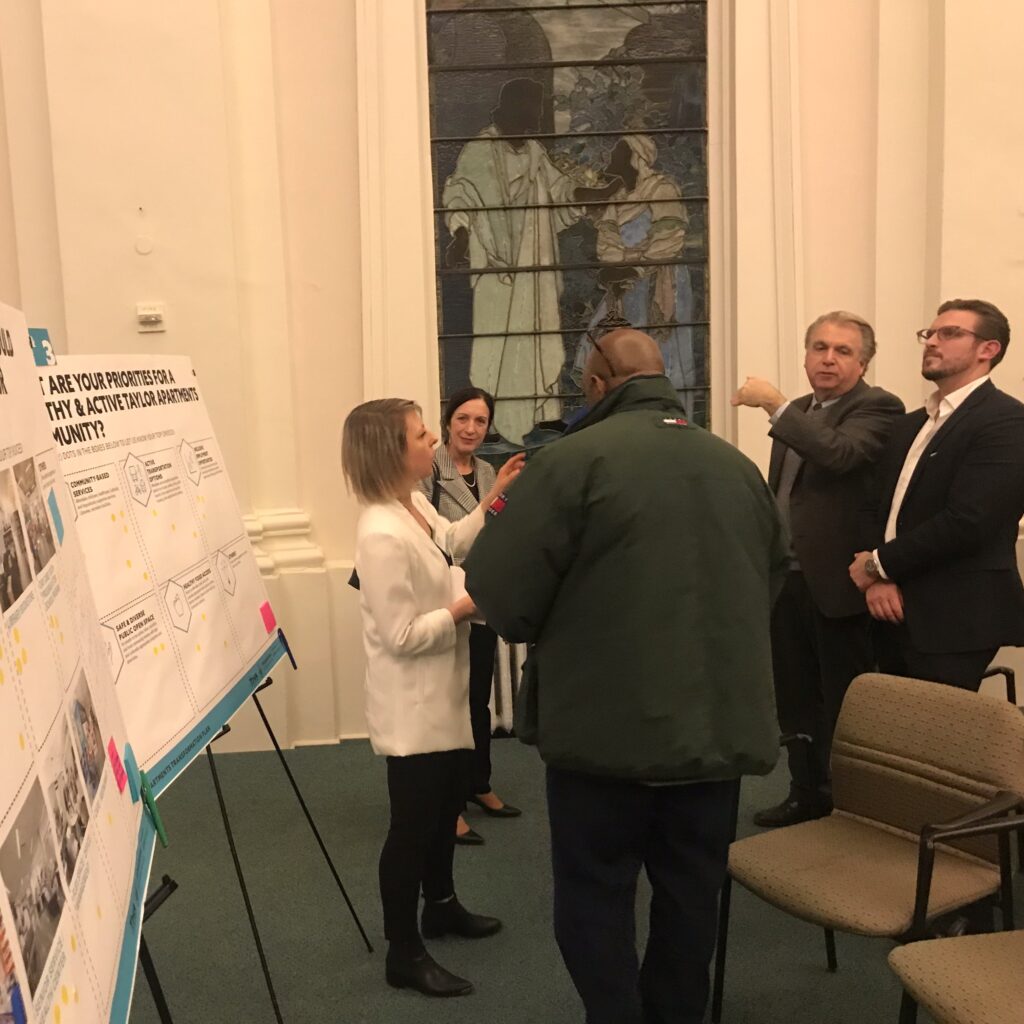 On Thursday, February 27, there was a public meeting about the Taylor Apartments redevelopment project. At the meeting, Troy Housing Authority, in collaboration with the Troy Local Development Corporation and Pennrose, the development partner presented their plan to the public. As it stands now, buildings 1 and 2 were vacated in 2006 and sit empty. Both would be demolished as part of any redevelopment. building 3, was renovated in 2006 and is occupied. building 4, is also occupied and had a less extensive renovation in 1995. WOOC correspondents Elizabeth Press and David Publow were at the meeting and bring you this piece. It begins and ends with an interview with Dylan Salmons the Regional Vice President of Pennrose. He speaks more about the plan as it stand now. The piece also includes reactions from the community.