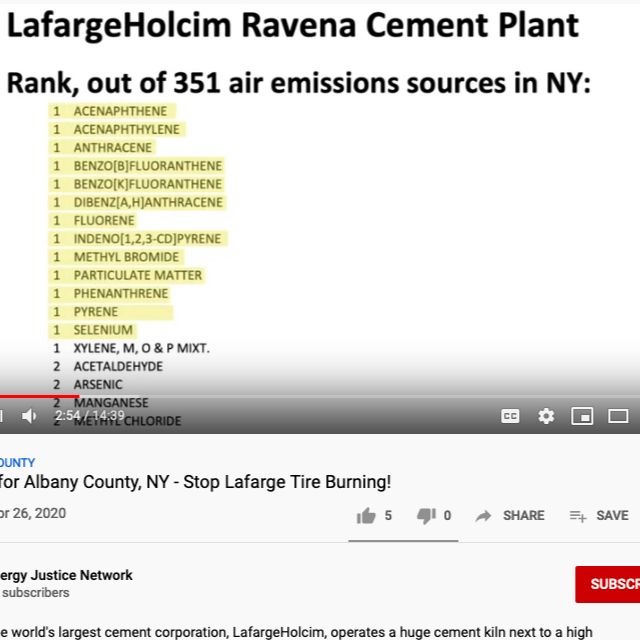 A short film produced by a local independent film maker shows the political drama and environmental battle unfolding in Coeyman’s, where the LaFarge-Holcim Cement Plant is pushing local government to allow it to burn tires for fuel. We speak with Sonja Stark of Pilot Girl Girl Productions about her short film, Albany Alert. Watch the fifteen-minute film at www.cleanairalbanycounty.org