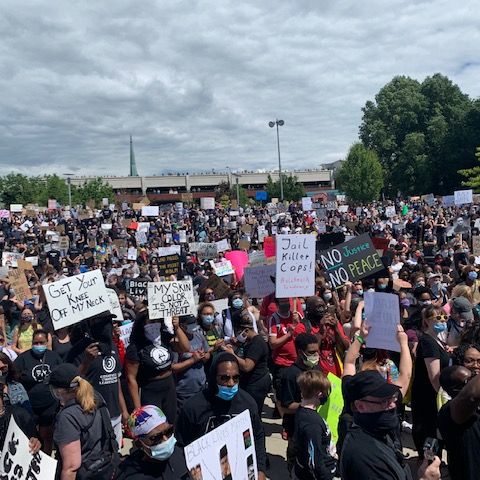 Up Next is another segment of Reclaiming History by Lovonia Mallory, she covered the Sunday, June 7, 2020 Black Lives Matter rally in Troy, New York last week. In this episode, you will hear the opening ceremony, accompanied by the Washington Park Rombarros, the west African libation ceremony, interviews with white allies, chants from the protesters, readings from the Mohican Nation’s Letter of Support, and lastly an interview with John M. Larkins. In 2015 the city of Troy settled the case when the jury found that two Troy police officers; Justin Ash, and Dominic Comitale, violated Larkin’s civil rights by using excessive force when they arrested Mr. Larkin on August 29, 2011. Mass Action Against Police Brutality can be reached on Facebook.