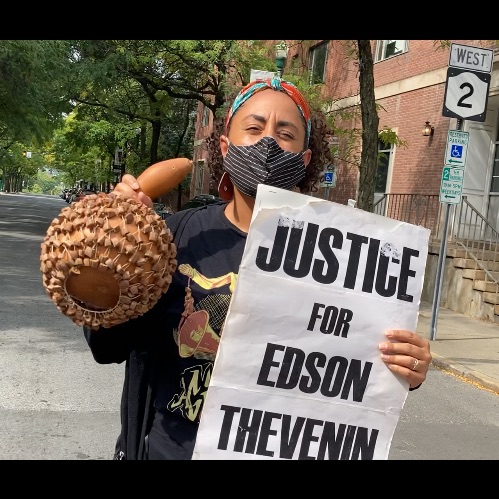 This afternoon in Troy, protestors blocked off the intersection of Congress and 2nd in front of the Rensselaer County Court House, where the trial of former District Attorney Joel Abelove was concluding. Activists and residents have been demonstrating for more than a week, demanding justice for Edson Thevenin, a community member who was shot to death by Troy Police Sgt. Randall French in April 2016. DA Abelove defended the officer, and was charged this spring with perjury (a felony) and two misdemeanor counts for misleading and rushing the jury, which declared Sgt. French innocent just five days after the killing.

You will hear from the protestors, including activists Naomi Jaffe and Demaris Miller. Just hours after these recordings, Abelove was acquitted of all charges.