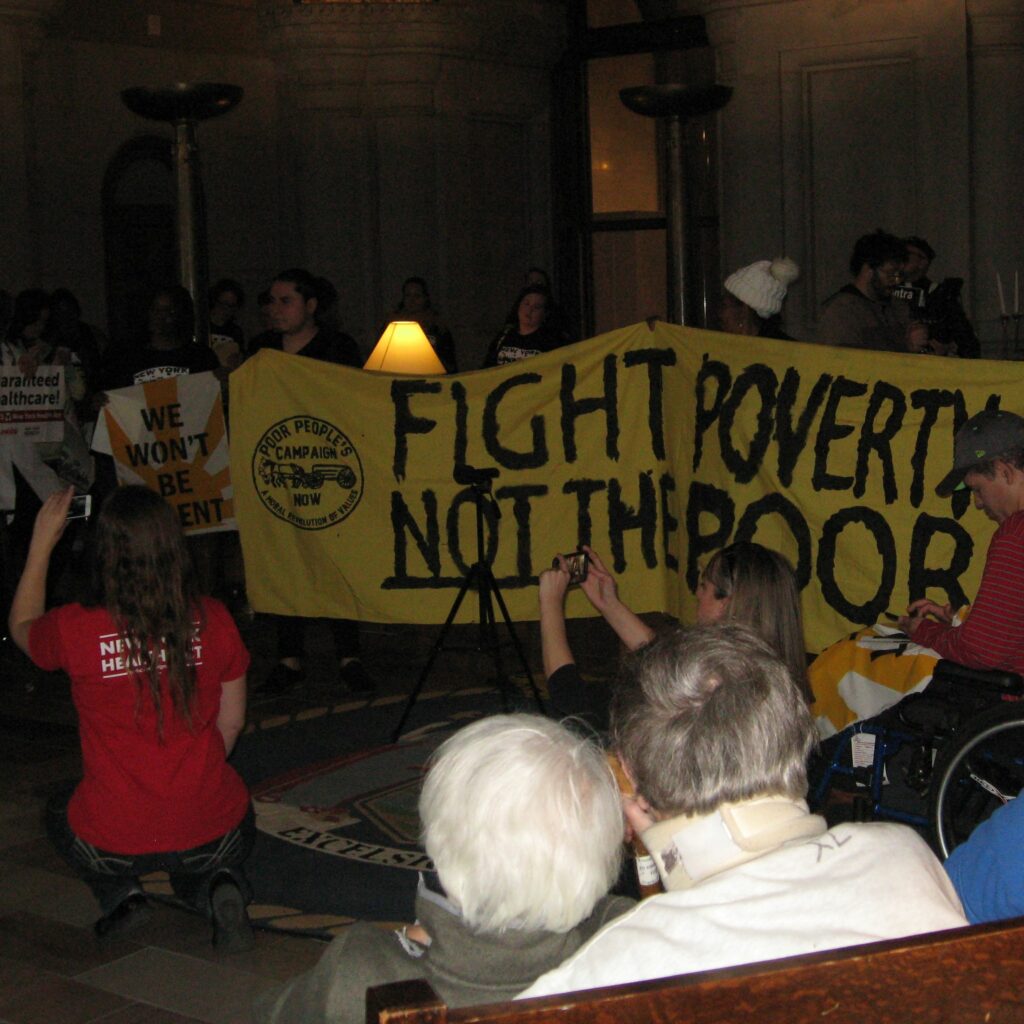 The Hudson Mohawk Magazine Network Roaming Labor Correspondent, Willie Terry, was in the halls of the Empire State Capital on January 14. The “New York State Poor People’s Campaign” held a mass action to bring their campaign for “Health Care and Housing Rights” to the attention to the state legislators. In this segment, you will hear voices from the “Poor People’s Campaign” mass rally. Part 2