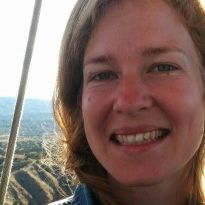 Dr. Nora Boyd’s “Deeper than Consensus,” the first of seven seminars in Siena’s Climate Series, was held on January 30, 2020 in the Key Auditorium of Roger Bacon Hall.

[Closing] In the first two sections of her talk, Dr. Boyd heavily cited the following two references, which are works by other philosophers:

Lloyd, Elisabeth A. 2012. “The role of ‘complex’ empiricism in the debates about satellite data and climate models”. Studies in History and Philosophy of Science Part A 43(2): 390-401.

More information on the Siena Climate Series can be found at www.siena.edu/offices/marketing-and-communications/the-scoop/january-24-2020/confronting-climate-change/