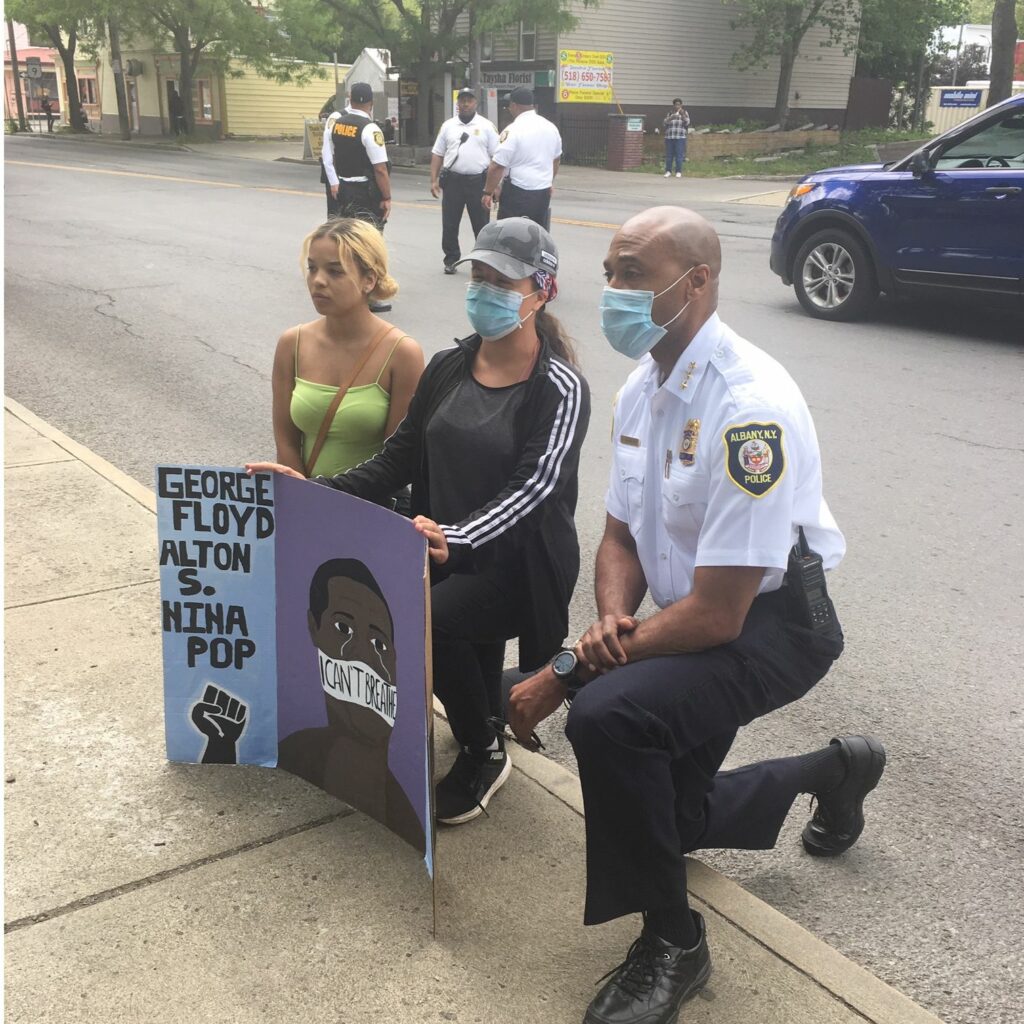 Albany’s protests against police brutality and systemic racism continued Monday into the city’s Arbor Hill and West Hill neighborhoods. Police chief Eric Hawkins was there, speaking with the media and residents. He took a knee in support of the protesters, who prayed for change before marching off across the city… with police protection.