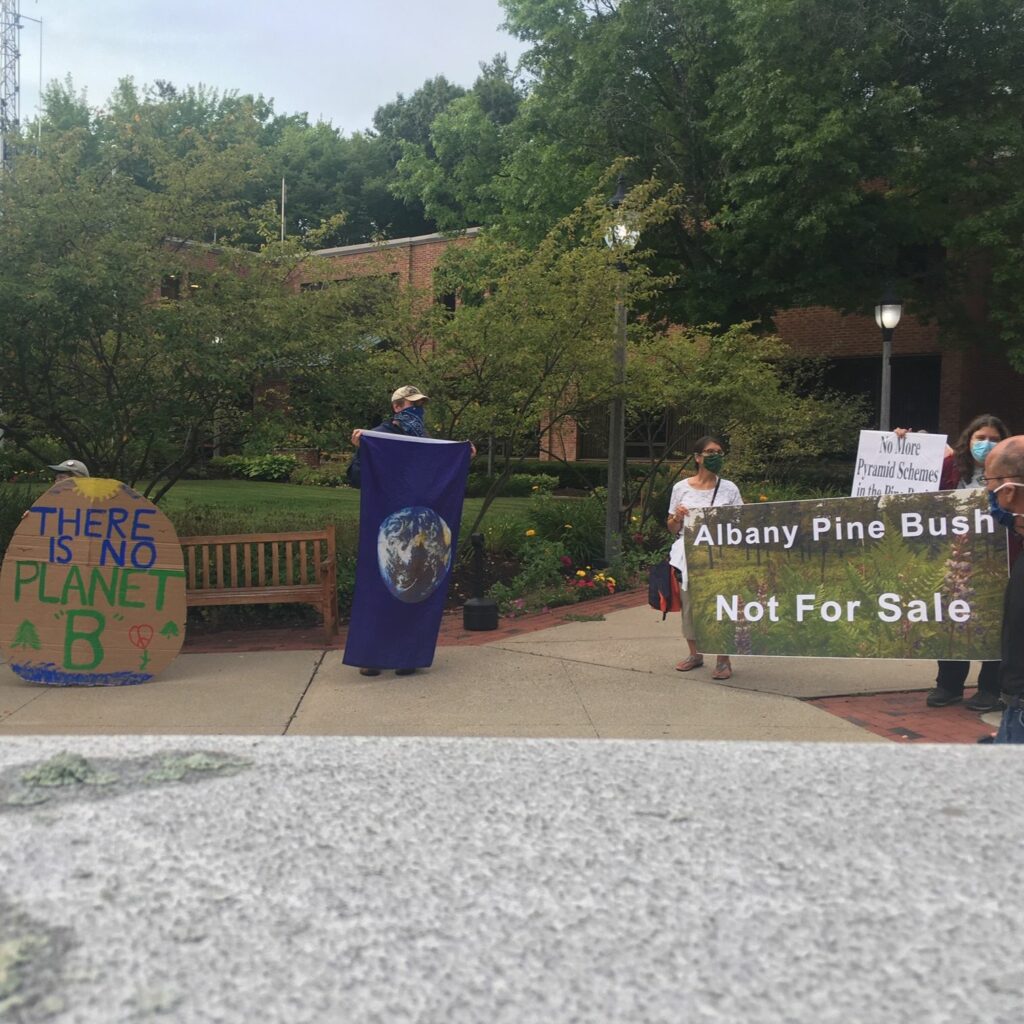 On Wednesday, June 29, the Town of Guilderland accepted the final environmental impact statement (EIS) for projects proposed by the Pyramid Corporation.

Outside the closed planning board meeting, HMM Correspondent Spencer spoke to Grace Nichols, who helped organize a citizen science review of the species which reside in the Albany Pinebush and may be impacted by the proposed construction. The citizen-based group found multiple species not listed on the EIS submitted by Pyramid Corporation.

During the meeting, board members noted that comments submitted by the public did not warrant a supplementary EIS to address their concerns. After the final EIS was approved and the meeting adjourned, the board members did not comment on protestors concerns that the EIS was incomplete for missing key species.