Gertha Depas and Damaris Miller react to the Abelove trial 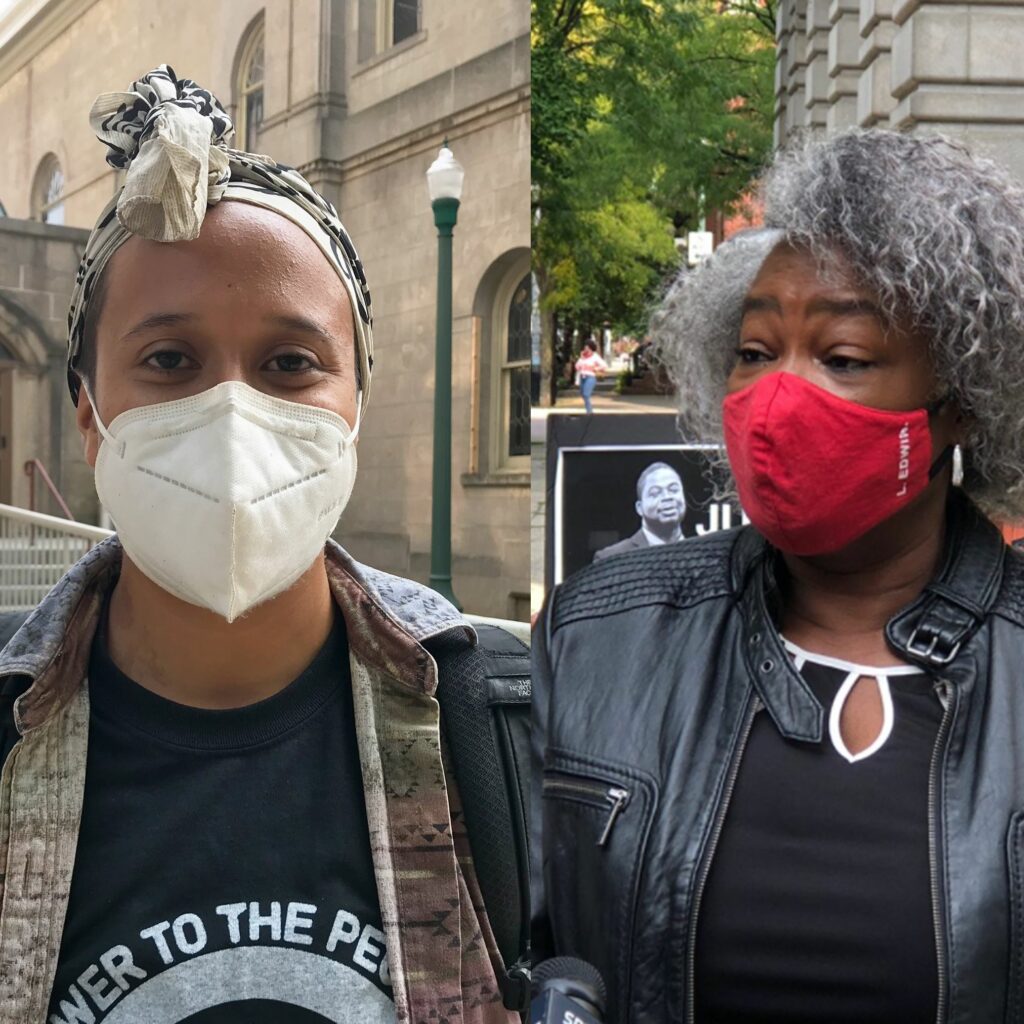