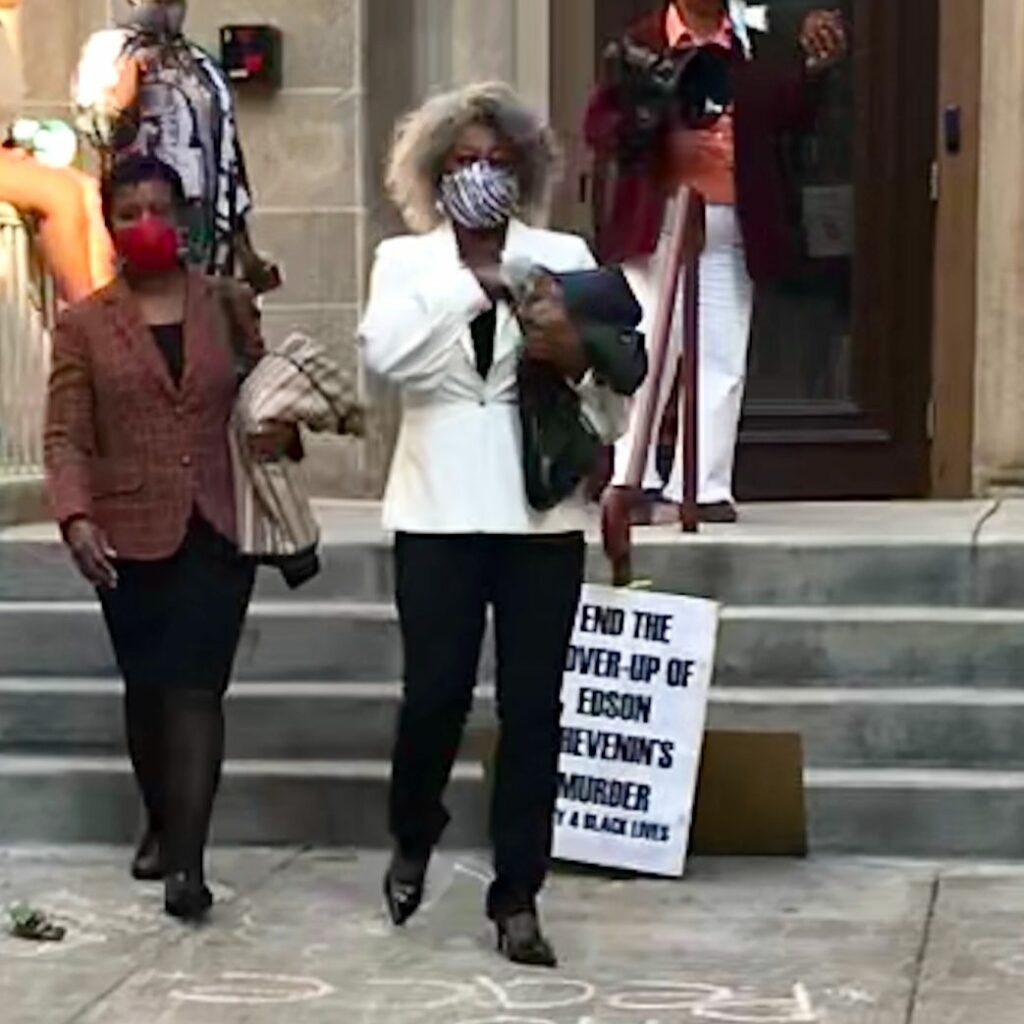 That was Gertha Depas, mother of Edson Thevenin a man who was killed in 2016 by Troy PD. To find out more about his case visit justice for edson DOT com (justiceforedson.com)