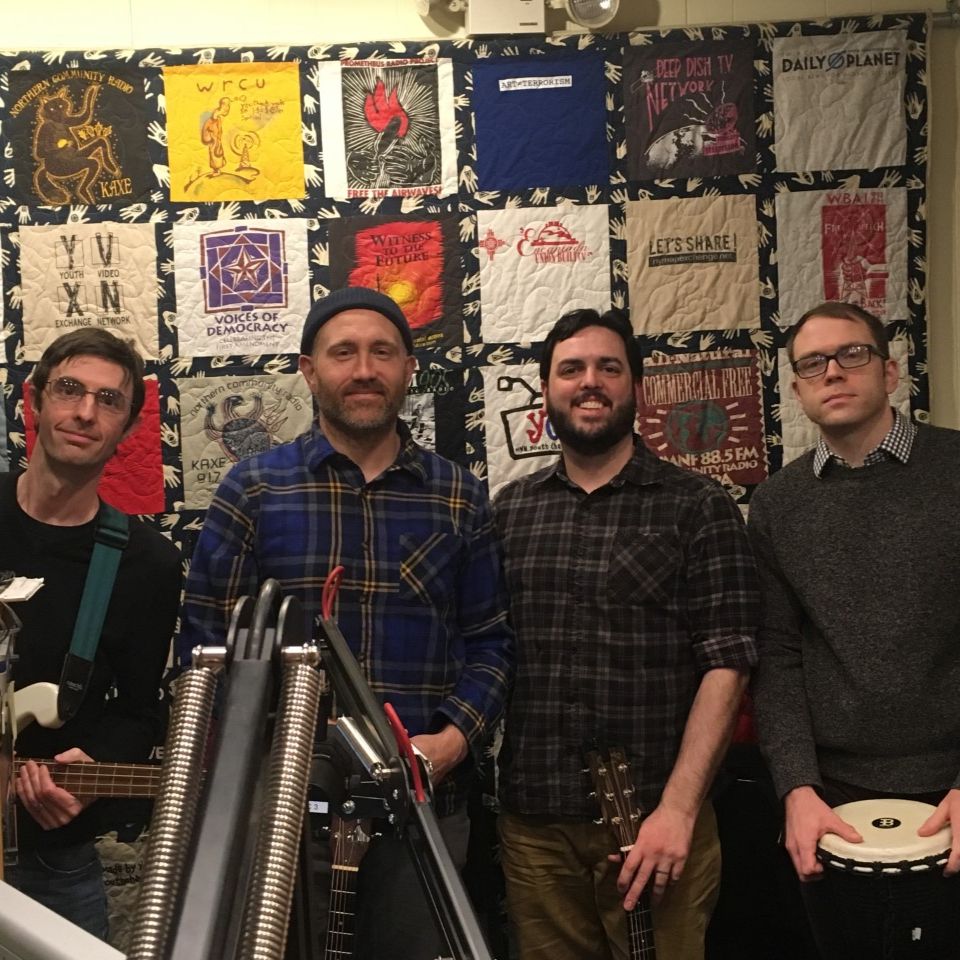 HMM Cohosts Lovonia and Guy are joined in the studio by local band Ferriday for an interview and a live performance of their song “Two Trees” from their newly released album, Everywhere You Go. To check out more of their music, go to ferriday.bandcamp.com.

Ferriday started practicing and writing songs in the spring of 2013. The band is made up of two sets of brothers, who have been friends since high school. They all moved away from the area for a time, then found themselves back in the capital region and decided to play music together again. In early 2015, they released their first album Under the Western Sky, followed by All Roads in 2016. Ferriday’s musical style is a mix of everything they they grew up listening to, from Neil Young to Minutemen to Weezer.