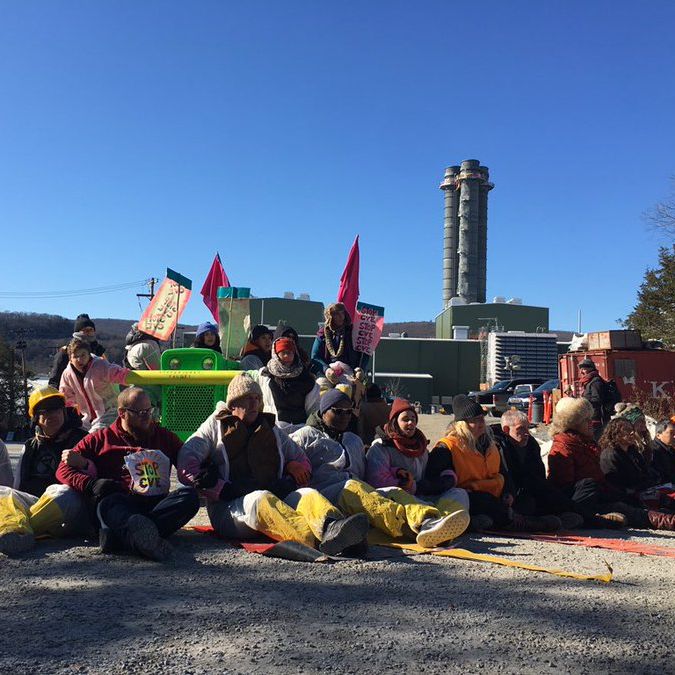 Three months after 29 climate activists were arrested for shutting down the construction of the Cricket Valley fossil fuel plant in Dover for the day, a resolution to the legal charges finally started at the Dover Plains town court on Monday. The District attorney had taken a hard line, especially for the four who climbed the smokestack. Instead of a felony and 30 days in jail, they are now offering “limited probation” for a year, with no court record or jail time. One of the smokestack climbers agreed to the deal in court Monday. About half of those arrested for the tractor blockade accepted ACD (Adjournment in Contemplation of Dismissal), with 16 hours of community service, but largely has to be in the county. We speak with Tom Ross of Sane Energy; local organizer Bill Kish; and Valerie Hahn of XR in Tompkins area More court appearances will take place March 9. By Mark Dunlea for Hudson Mohawk Radio Network.