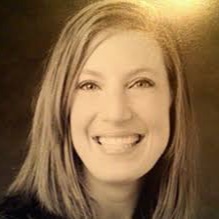 Next up, bail reform. WOOC Correspondent Elizabeth Press spoke to Anna Cominsky about why New York should give bail reform a chance. Cominsky is a visiting Associate Professor of Law and Supervising Attorney at the Criminal Defense Clinic at New York Law School. She recently wrote an op ed in the New York Daily News called “The People Bail Reform is Helping: Look Past the Fear-Mongering at Stories that Don’t Make the Headlines.” Here is the interview.