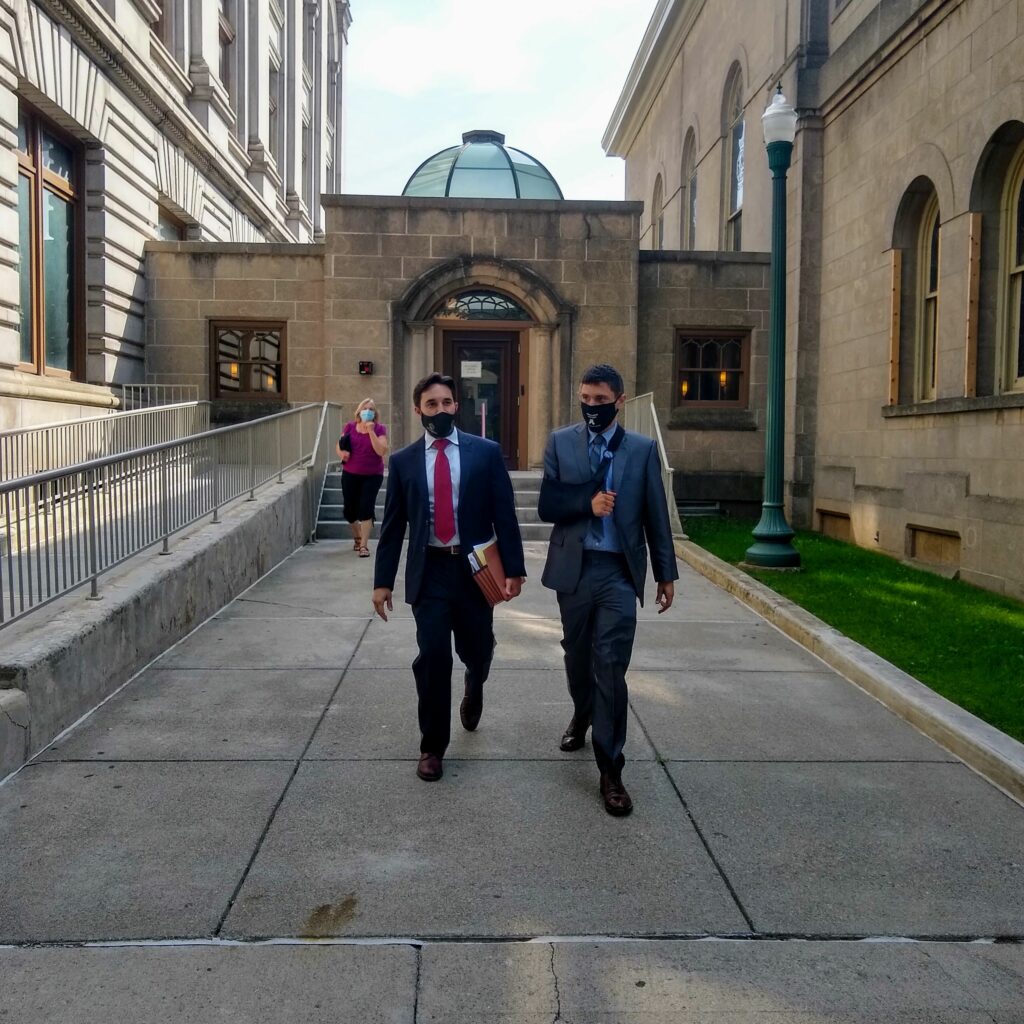 Troy activist Ken Zeoli and his attorney Matt Toporowski appeared at the Rensselaer County Courthouse Wednesday before Judge Debra J Young and the probation officer involved in Zeoli’s case. Charles Thomas of the DA’s office is recommending the maximum prison time of 7 years for a trespass violation and mischief charge. Prosecutors have not produced a sworn petition or evidence of the charges.

After about an hour, Zeoli and Attorney Matt Toporowski emerged from the courthouse. Toporowski explained the DA sought a felony conviction and maximum sentence that day, but Judge Debra J Young sided with Toporowski and granted a request for a hearing on the case. The hearing will require prosecutors to file a sworn petition of the charges, produce evidence, and will allow for cross-questioning.

The criminal mischief charge alleges Zeoli caused $777 worth of damage to a vehicle owned by Robert Spinelli. From eyewitness accounts, Spinelli had tried to run down protestors on August 21st, the same day that Zeoli says he was violently arrested by desk sergeant Sean Kittle for requesting a complaint form and subsequently charged with trespassing.

On October 7th, prosecutors must produce a sworn petition of the charges against Zeoli. The hearing will take place on October 14th.